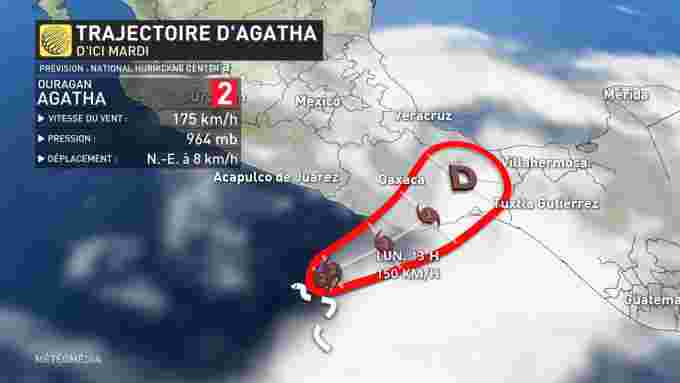 Sunday, May 29, 2022 at 8:15 pm – Agatha became the first hurricane to make landfall in the Pacific and its aftermath could be catastrophic.

Agatha reached Category 1 hurricane status on Sunday morning. During the evening, the hurricane was upgraded to Category 2. The powerful system continues to intensify, reaching the Category 3 hurricane threshold before it hits Earth. Agatha is moving towards the coast of Mexico at a speed of 5 km per hour and is expected to collide with her during the day on Monday.

Therefore it may not reach the power sufficient for a large hurricane, but may sow chaos in its path. Officially, the hurricane season begins on May 15 in the Eastern Pacific.

The potential impacts of this storm are varied. First of all, there are a lot of dangers of flooding and landslides. The Salina Cruz area is expected to be particularly affected by heavy rains with a rainfall forecast of 350+ mm by next Tuesday. The surrounding areas receive 50 to 200 millimeters of rain. 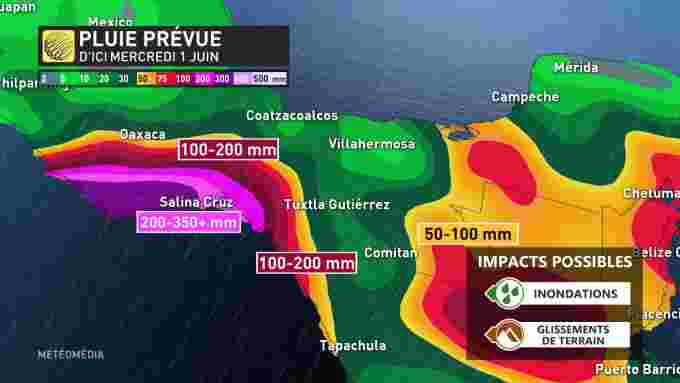 Winds will also blow from Monday, especially in the southern part of the country at 155+ km per hour. Expect a power outage.