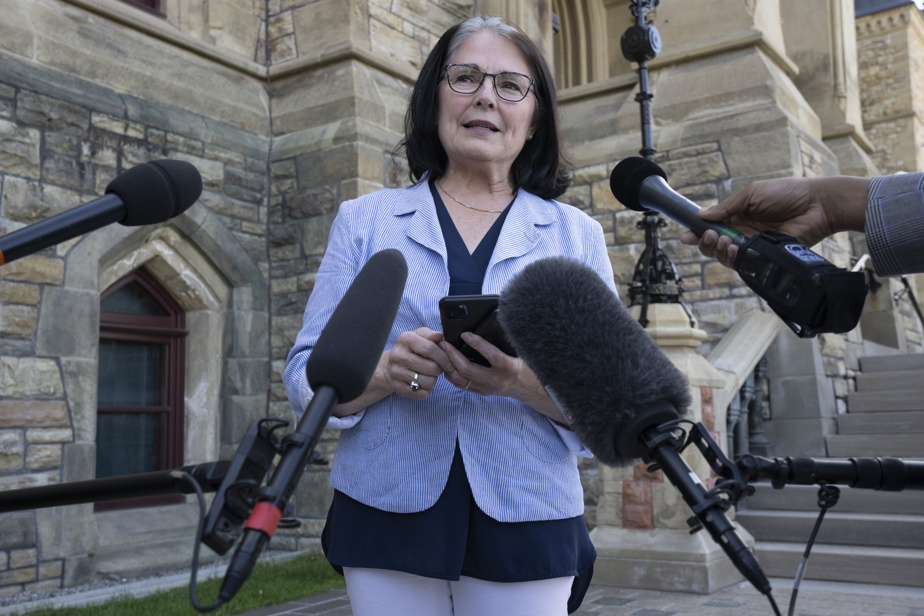 (Ottawa) A Conservative MP who refused to disclose her vaccine status tried to enter the House of Commons on Friday and was told to leave.

Cathy Wagantall, representing Yorkton-Melville, Saskatchewan, told a news conference in Parliament Hill that she would have to leave the House of Commons.

MMe Vagantal said she had spoken to the Conservative House leader on Friday and was advised that she would have to leave by the end of the day, even if she could stay while the House sat.

In November 2021 the House Board of Internal Economy mandated that anyone on the premises must show proof of COVID-19 vaccination, but the Bureau later ruled that Speaker Anthony Rota had exceeded its authority.

The Liberals and NDP then joined hands to pass a resolution to extend the hybrid sessions of Parliament, which also stated that anyone entering the premises must be fully immunized from COVID-19 or have a valid medical exemption.

MMe Vagantal said she left on her own accord, but believed she could be caught and deported after the session was adjourned.

After she left the building on her own, she was escorted by Sergeant-at-Arms in Parliament.

She said she arrived in Ottawa in late April and before that date, she had made three trips to Ottawa herself.

MMe Vagantal said she would not be allowed into his office and would not have access to it since November 2021.

She adds that it takes about three and a half days by car to get from riding in Saskatchewan to the national capital, and that she is not allowed to travel by plane or train.

READ  Collective action: the Diocese of Quebec "to reach the victims of sexual abuse"

“Ontario is open. My province has been open for a long time. I will not sue anyone who suffers from Kovid. However, the time has come for this country to move forward, ”she said.

This article was co-sponsored by Meta Fellowships and The Canadian Press for News.