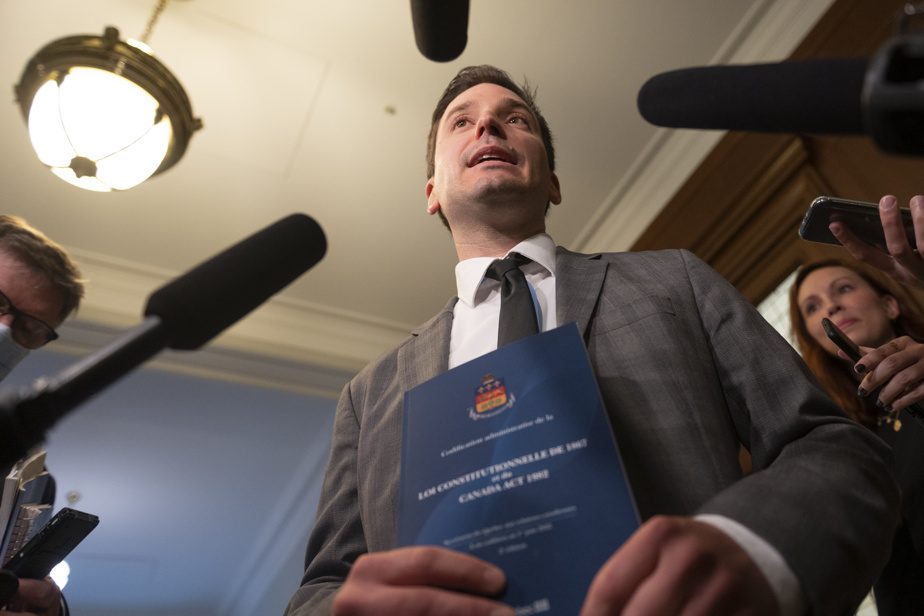 (Quebec) The uniqueness of Quebec is now fully engraved and recognized in the Canadian Constitution.

The French language minister, Simon Jolene-Barrett, was very proud to survey the corridors of Parliament on Wednesday, printing the latest copy from the press of the Canadian Constitution.

From now on, on page 35 and page 167 of the document, a few words collected in three short sentences will appear, briefly thanking Quebec’s intrusion into the country’s highest law and the minister’s smile with joy.

In short, the political message sent by Quebec was no less meaningful, according to Minister Jolin-Barrett, who refused to see it as a purely symbolic gesture without having much influence over Quebec’s future and its historical policy.

In a scandal, by contrast, the Minister argued that the addition of sections 90Q.1 and 90Q.2 gave a formal characteristic to the collective rights of the Kubeckers.

He called the addition an “important gesture” that would help determine “the stability of the French in Quebec.”

“No one can deny that fact anymore,” he commented, convincingly that this was undoubtedly an important “precedent” for Quebec, which could eventually “change a lot of things”.

Minister Jolyn-Barrett created a surprise in May 2021 by introducing a version of Bill 101, drafted by Bill 96, which showed his intention to include the Quebec difference in the Canadian Constitution.

Legally, nothing prevents that. No one in Ottawa objected. When challenged, Prime Minister Justin Trudeau immediately affirmed the province’s right to amend the constitution, recognizing that the “investigations” demanded by the Quebec government hasten to share its status as its language and nation.

As Act 96 has now been passed, the planned inclusion of relevant articles in the Constitution may take its course.

However, it remains to be seen what explanation the courts will ultimately call to rule on these issues.

Quebec does not change anything in addition to non-compliance with the patriarchy of the 1982 Constitution.

READ  Initial ministers could not agree on condemning systemic racism in declaration: Trudeau