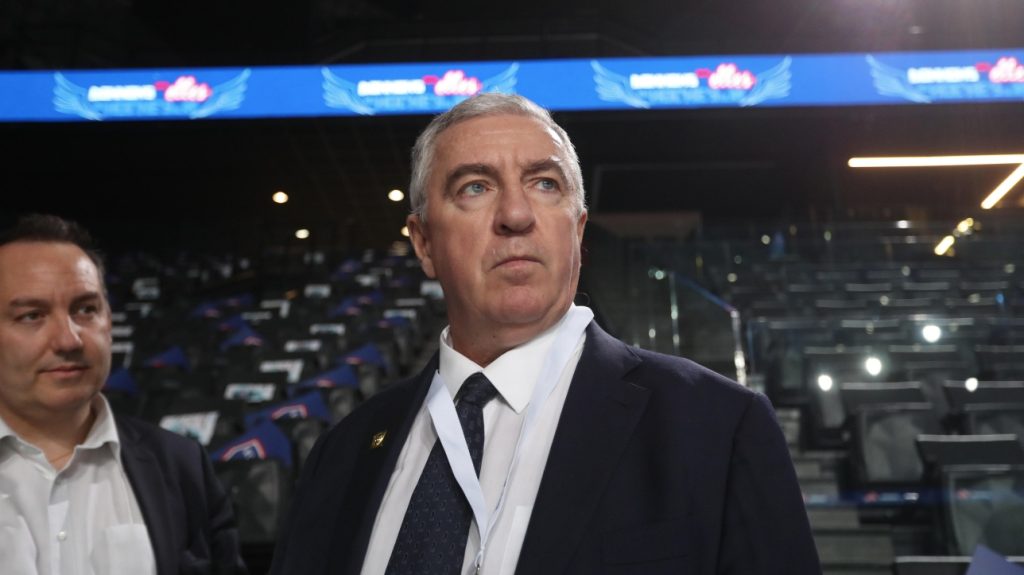 TROIS-RIVIÈRES – Over the years, hockey has lagged behind other sports in its international development. International Ice Hockey Federation President Luke Tordiff is tackling this, but he needs a better NHL partnership.

Tordif, from Trois-Rivieres, became FIHG president a few months before the Russian invasion of the Middle East and Ukraine. He therefore had to take part in many sensitive issues such as the cancellation and postponement of many international competitions.

However, he did not focus on this development goal. On Wednesday, at the end of a round table at UQTR on the potential of research in hockey, Tardiff was invited to reveal his company’s future projects. It was so refreshing to hear of such a transparent president.

Before listing the highlights of his plan, the influential leader was asked what he thinks about the catch-up he needs for his sport.

“In hockey we tend to breed. Here, I said,” Tardiff began in an interview with RDS.ca, after some hesitation.

“On the contrary, we have to open. Yes, it will take time. But the Finns beat the Canadians in the U18 tournament this week. We have to invest, it’s an investment in our sport. Football, basketball, rugby, they have opened their horizons,” he continued.

But to “sell” hockey internationally, it still goes through the NHL, adding the most beautiful jewels in the discipline. Negotiations – or showdowns – therefore take place between FIHG and the NHL to maximize resources.