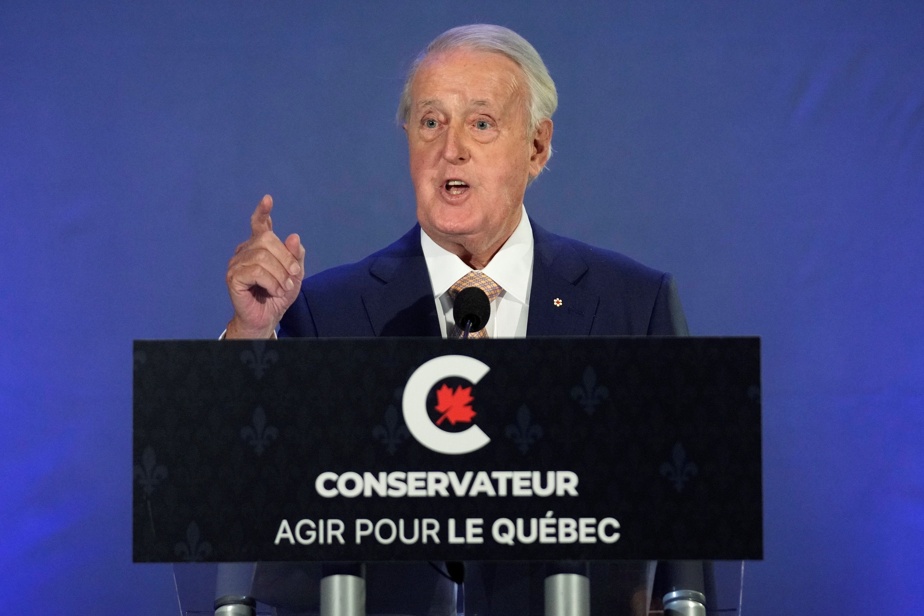 (Ottawa) Conservative party members associated with the Pierre Poyleivre and Jean Charest camps responded Wednesday to former Progressive Conservative leader Brian Mulroney, who said the day before he could not identify himself in the current political structure.

During a speech at Laval University in Quebec, Mr Mulroney, who led the country from 1984 to 1993, said he did not “really recognize” himself in the party, according to reports. The Journal of Quebec. The former prime minister also reported that his “friend” Jean Charest had “very good candidates”.

MP Pierre Paul-Hus said that when he entered the Caucasus, Mr. Mulroney led the Progressive Conservative Party. “It’s another party, maybe another philosophy,” he offered.

The only Quebec MP who supported Pierre Poyleivre, often described as a leader in the party leadership race. Paul-Huss, “Many young people […] Worship his candidate. As proof, he cites “sales records” of membership cards in the country, including Quebec.

In the Charrest camp, if MP Gerard Deltel wins his candidacy, Mr. Mulroney is expected to be “very comfortable”.

On this subject, Mr. Deltel argues that “the path to success still exists and has always existed” because the point system needs support in all constituencies across the country, despite the excellent sales of cards claimed by his main rival. .

Jean-Charest was a minister in the government of Brian Mulroney and later became the leader of a political party.

Mr. Deltel, however, did not want to return to the Mulrony era. “Every leader prints his policy as Mr. Mulroney did […], Mr. Harper did with completely different styles‌, he said. And it’s normal, it’s the evolution of a political party. ⁇

The former Premier comments, however, made John Williamson, a New Brunswick Southwest MP and longtime supporter of Pierre Polever in the race, “a little sad.”

“I hope it is Mr. Mulroney […] Will reconsider [sa position] Because to defeat the liberals, all the members must be with us, ”he said.

The Conservative Party leadership race is in full swing. According to party officials, more than 600,000 voters are eligible to vote for the next leader, more than double the number of members eligible to vote in the previous race. Leadership elections will be held on September 10.

In recent weeks, the virality of the talks has reinforced fears that a crackdown on Canadian rights could be created by a number of activists. Each candidate claimed to be the one who would bring the party together.