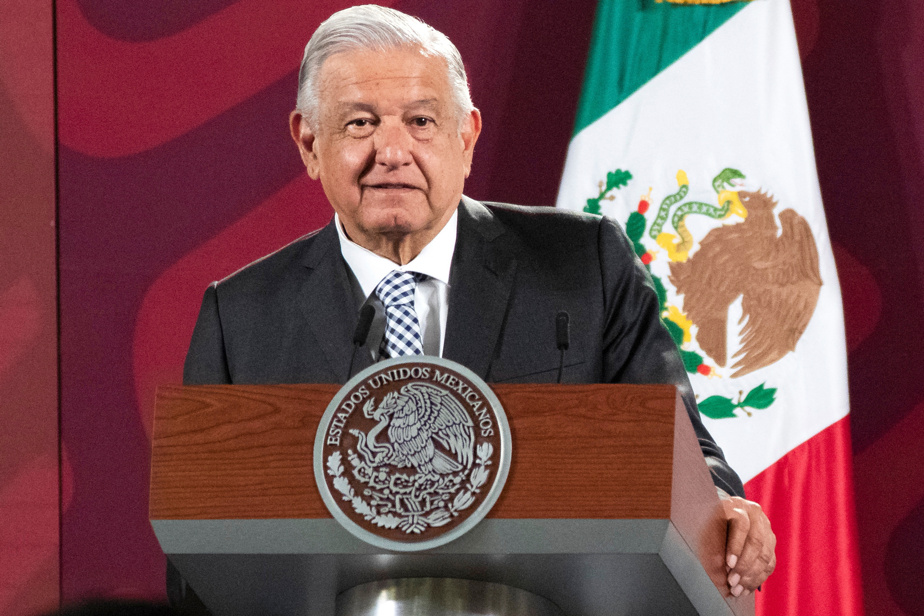 (Mexico City) Mexico’s president, Andrés Manuel López Obrador, insulted his country’s Jewish community on Thursday by calling one of its many opponents, a Jew, a “Hitlerian.”

“Yesterday I said that Mr. Alajraki is a Hitlerite,” the president announced, targeting the editorial writer Carlos Alajraki. “Mr. Alazraki is a follower of Hitler’s idea,” he repeated during his daily intervention for more than two hours.

“Goebbels said that a lie repeated often becomes the truth. That is the essence of the strategy of propagandists or propagandists like Alajraki”.

“I have many friends in the Jewish community,” he added. “But this does not mean that by its ideals, its ideas, its conservatism and its Hitlerism, the whole society is allowed to harm the revolutionary movement.”

Elected in 2018, the left-nationalist president claims to be leading Mexico’s “fourth transition” after independence in 1821, the liberal reforms of 1857 and the 1910-17 revolution.

In his Movement for National Regeneration (Morena), Mexico City Mayor Claudia Sheinbaum, his runner-up in the next election in 2024, is the granddaughter of Eastern European Jews.

“I am not Hitler. I am a Jew just like Sheinbaum,” replied Carlos Alazraki in an open letter to the president in the Universal newspaper. “You insulted me by calling me Hitler, Mussolini, Franco, Stalin”.

“Yes President, I am a neoliberal, a conservative and a “fifi” (bourgeoisie). […]. And you know who I owe? To my adoring Mexico who gave me every opportunity to develop like the majority of Mexicans,” the editorialist wrote.

For its part, the Central Committee of the Jewish Community of Mexico rejected “the use of the term Hitler”, ruling that any comparison with “the most bloodthirsty regime in history” was “deplorable and unacceptable”.

According to official statistics, the Jewish community in Mexico has 59,000 practitioners.