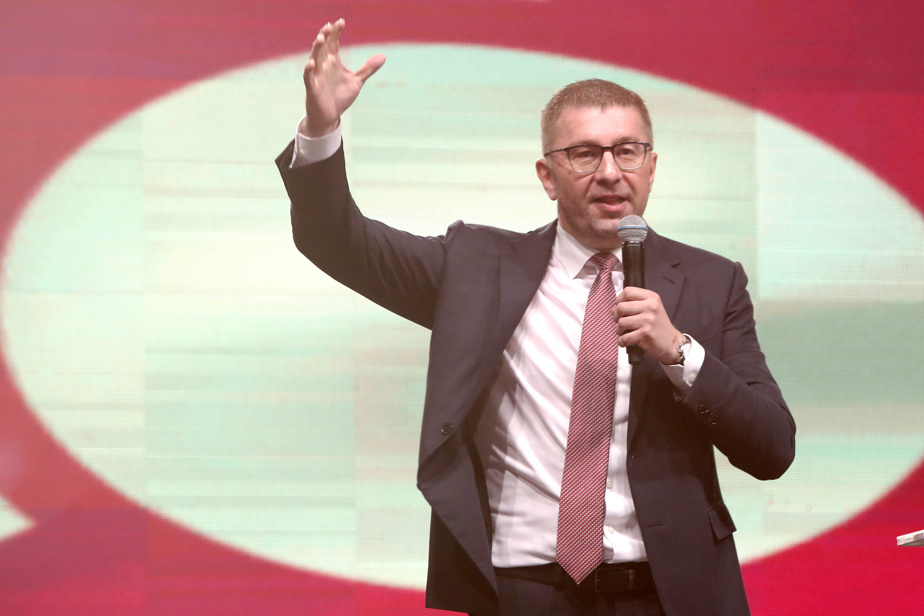 (Skopje) Thousands of people blocked the start of talks on North Macedonia’s accession to the European Union (EU) on Saturday in Skopje, following a call by nationalists against a draft agreement aimed at resolving a historic dispute with Bulgaria.

The rally was supported by the main opposition party, the nationalist right VMRO-DPMNE, whose leader Hristijn Mikkoski said: “We don’t need Europe. “.

“I don’t want to be part of Europe, because I have the right to be a Macedonian who speaks the Macedonian language and fights for my identity and my culture,” he said, as protesters arrived with Macedonian flags and banners. “No EU” or “Partisans, don’t negotiate with fascists! And cry ‘treason’.

From 2020, the Bulgarian position prevented the opening of negotiations with Skopje, but also with Tirana, two candidates connected by the EU.

Sofia finally lifted her veto on June 24 with certain conditions.

According to a just-concluded compromise on the table at the French presidency of the EU, Skopje must specifically amend its constitution to “implement” a 2017 friendship treaty aimed at including and exterminating Bulgarians among recognized ethnic groups. hate speech

North Macedonia has also been called to review its school programs and open communist police archives to show the mistreatment inflicted on Bulgarians in this former Yugoslav republic.

The question of language is also very sensitive, Sofia considers the Macedonian language a Bulgarian dialect, but the two countries dispute historical events and figures, mainly inherited from the Ottoman past.

The government in Skopje, whose resignation protesters have demanded, rejected an earlier French offer in June, indicating it was ready to accept another.

However, according to local experts in European issues and according to the opposition, the new draft agreement is not very different from the beginning.

Prior to this, the route leading North Macedonia to the EU was already blocked by Greece due to a dispute over its name, which is similar to a region in Northern Greece.

The country has been a member of NATO since 2020.