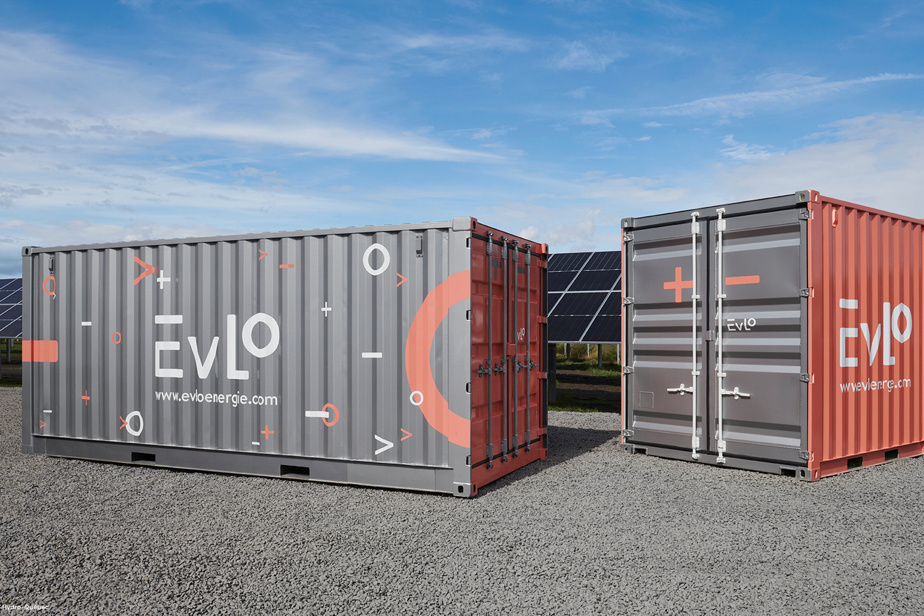 Since last year, Hydro-Québec has set out to conquer the planet’s energy storage markets. Its EVLO division, with its 0.5 megawatt-hour (MWh) batteries, won contracts near a wind power plant in France and a solar power plant in a Montreal suburb. “We have also commissioned a 1 MWh system and we are working on a system with even higher storage capacity, perhaps 1.65 MWh,” explained EVLO’s CEO Sonia Saint-Arnaud.

EVLO systems have also been installed to test solar capacity in Kwaktak, Nunavik and the Lac-Mégantic microgrid. According to Mme At St-Arnaud, the capacity density of EVLO’s batteries is constantly increasing, with an estimated 50% improvement between a 1 MWh system and a 1.65 MWh system.

“For long-term storage, when there’s no sun at night and when there’s no wind a few times a week, you need other systems,” says Srinivasan. But other storage systems are estimated to cost ten times less to operate. »

Ontario has been experimenting with these “exotic” storage technologies for the past decade. Network-connected systems include flywheels, inertia-rotating wheels, and compressed air. “We’re also looking at chemical reserves, like molten salt, that release energy when you solidify it,” says Catherine Sparks, director of innovation at the Independent Electricity System Operator (IESO) in Ontario.

IESO currently has 48 MWh of energy storage, most of it in the form of batteries, and plans to contract additional storage systems under a general tender for 1,200 MWh this year. Companies in Ontario are working on a system of pulleys where cement blocks are stacked. When we need energy, we bring them down.

Another way is to produce hydrogen through electrolysis – the hydrogen can be used in a fuel cell, if needed. “If you want to store a lot of energy, for example for several months, hydrogen may be the best solution,” says Luic Boulan of the University of Quebec in Trois-Rivières, who is working on this technology.

“Think about the energy we need in Quebec in the winter or summer in areas with a lot of air conditioning. The problem is that we have 50% efficiency with fuel cells, compared to 80% for batteries. Mr. According to Boulon, fuel cells are ahead of rapid technological advancements like batteries were 10 years ago.

Since last year, Switzerland has had a natural battery in the form of a pumping station at the Nant de Drance hydroelectric station. This infrastructure is equivalent to a 900 MW battery. It is powered by nuclear power purchased in France at night, when costs are low. “We’ve had a 175 megawatt pumping station in Niagara Falls since the 1950s,” Ms.me Lightning.

Hydro-Québec, for its part, does not intend to add a pumping station to any of its existing power stations because they are too far from wind farms, whose current supply must be regulated, according to Francis Labay, head of communications for innovation. A state corporation. However, Quebec’s reservoirs are already playing the role of giant batteries, underlines Mr. Labbe.

An Australian study last year targeted more than 600,000 locations worldwide where storing pumped water could be profitable. Pumped storage is usually not part of energy storage statistics because it is a mature technology for decades, with energy losses below 20%.

For the past year, engineers have been testing pumping a liquid 2.5 times denser than water in a laboratory on the edge of Lachine Canal. The fluid used is called R-19 and is developed by the company. Its recipe is mysterious but it is an inexpensive dry solid suspended in water. RheEnergise, founded in London, will test its pumped energy storage solution at Mont Montcalm near Rawdon this summer. “With a dense fluid, you need less height or less infrastructure to store energy by pumping the fluid up,” explained RheEnergise CEO Stephen Crosher in an interview from the United Kingdom.

According to RheEnergise’s Chief Technology Officer Tamás Bertényi, these facilities must have the basin size of a water treatment plant and the required height of Mount Royal. Mr. Bertényi moved to Montreal eight years ago and worked on sustainable energy projects with aboriginal businesses. “Montreal is very conducive to hiring engineers, we have four and we aim to hire a dozen within a year,” Mr. Bertany said. All engineering has been completed in Montreal and a pilot plant is planned for mid-2024 near Plymouth, England.

If you consider energy storage requirements or the need to build and operate a natural gas plant to compensate for fluctuations in wind power, the cost of renewable energy can be more than double that of a full-scale construction of a solar or wind power plant. , Mr. Argone Laboratory. According to Srinivasan.

“But it’s average,” he adds. In areas with a lot of hydropower, the cost increase is low, and at extremes, in areas poorly connected to other power networks, it is high. In Hawaii, for example, each island must have its own storage capacity. »

An earlier version of this text indicated that EVLO’s batteries were on the order of GWh rather than MWh.