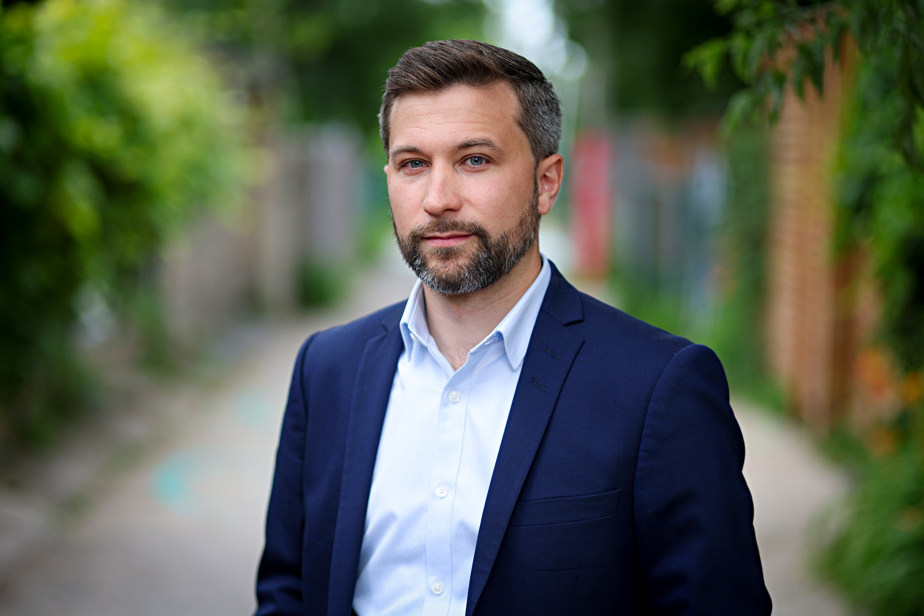 (Québec) Québec solidaire (QS) proposed a 180 degree turn in terms of secularism. As political parties sharpen their weapons for the election campaign, Gabriel Nadeau-Dubois’s party has promised to fundamentally change Bill 21 to allow all state employees to wear religious symbols.

“We allow religious symbols to be worn so that everyone can work in Quebec regardless of their beliefs. We are going to add provisions to the law to ensure that secularism is unified and coherent in Quebec,” the QS parliamentary leader said in an interview. Press.

Currently, the State Secularism Act (“Act 21”), the Legault government passed in June 2019 under a gag order, prohibiting teachers, principals of public elementary and secondary schools, peace officers, crown prosecutors, appointing judges of Quebec as well as the president and vice-president of the National Assembly from wearing religious symbols in the performance of their duties. The Parti Québécois (PQ) supported the legislation, while the Liberal Party of Quebec (PLQ) and the QS voted against.

“A religious symbol is any object, especially a garment, emblem, ornament, ornament, accessory or headgear, which is worn in connection with a faith or religious belief or which can reasonably be considered to indicate religious affiliation”. To the definition of the Government of Quebec.

Mr. Nadeau-Dubois proposed amending the law to add “simple, clear and easy to understand” guidelines to regulate the wearing of religious symbols, in line with the provisions of the Quebec Charter of Human Rights and Freedoms. Under a government of solidarity, it is only permissible to prohibit a state employee from wearing a religious symbol for reasons of security, which he warrants, or which prevents him from doing his job well.

“To take a very simple example, if a person who wants to preach in Quebec has a religious symbol covering his face, he absolutely cannot and cannot do so properly. This is a basic and important point. The same goes for a policeman calling someone on the street. Citizens hope to be able to identify the agent interrogating them,” explained the QS parliamentary leader.

Thus, Québec solidaire supports the provisions of the applicable legislative text, which states that “any staff member of an institution [public] He should perform his duties with his face covered while rendering a service.

“You have to be clear about that.”

Gabriel Nadeau-Dubois also proposed asking Quebec’s Court of Appeal — the province’s highest court — to refer to the current provisions. State Secularism Act Respect the Quebec Charter of Human Rights and Freedoms. The Charter was unanimously approved by the National Assembly in 1975 and does not come under the federal government.

“We need to turn the page on this debate. You should be clear about it. We need to know once and for all whether a young woman should be banned from teaching because she wears a headscarf. [comme l’a fait la Coalition avenir Québec (CAQ)] respects our Quebec Charter of Human Rights and Freedoms,” said Mr. Nadeau-Dubois.

Act 21 does not end the debate. What is beyond debate is the fact.

“There is now a legal challenge and François Legault has hired the author of the Charter of Values ​​to be part of his next government team”, he continues, referring to ex-columnist and ex-sovereignist tenor Bernard Drainville. Lewis ran for CAQ in the riding.

“A woman who teaches in a school, if you see her face clearly and if she respects the professional standards of her job, there is no reason to ban her from teaching. […] These standards are the same for everyone. What we want is to review Act 21 to allow the wearing of religious symbols in general, while also establishing guidelines for framing the issue of the veiled face,” he said.

Confronted with a Caquist Prime Minister who insists that State Secularism Act Quebec defines value, Gabriel Nadeau-Dubois replied that he did not understand “the link that François Legault makes between Bill 21 and Quebec pride”.

“Many countries have laws against secularism. What I am proud of is our language, our culture, our territory, not creating religious symbols for some state employees,” he said.