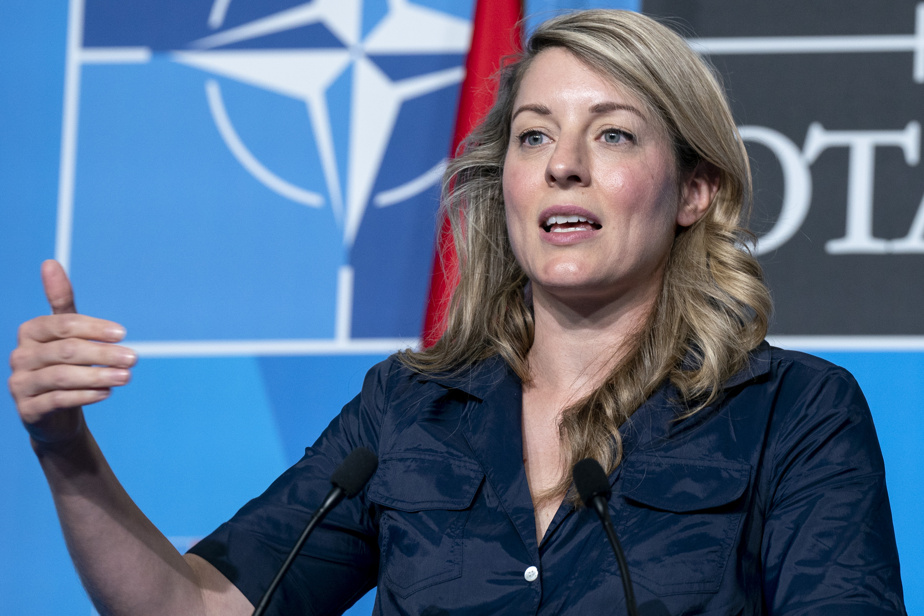 (OTTAWA) Melanie Jolie assured the G20 foreign ministers meeting in Indonesia that Canada “will not succumb to Russian propaganda.”

Canada’s diplomatic chief is heading to Bali, where she will meet with her counterparts from the G20, the economic grouping.

Among his vis-à-vis will be Russia’s Sergey Lavrov.

“It’s not true that I’m going to be in the same room as Sergey Lavrov at the G20,” Minister Jolie began last March.

Despite her existence, she still chose to travel.

Because his presence “is also an opportunity to directly confront the disinformation of the representatives of the Russian regime, which is now expected in such multilateral forums”, wrote the press release announcing his presence at the summit.

Towards the top leaders

The meeting is a prelude to the G20 leaders’ summit to be held next November.

In late March, US President Joe Biden called for the expulsion of Russia from the G20.

For his part, Prime Minister Justin Trudeau didn’t go as far, but he did express his discomfort.

READ  Ukraine: A shell explodes in front of the Ukrainian Interior Minister

“This is not business as usual. With Russia around the table, this is going to be a big problem for many countries, including Canada. I don’t think we can sit around the table with Russia,” he said.

In the same breath, he couldn’t help stressing the irony that Vladimir Putin’s regime, wreaking havoc on the global economy, has its place in a group whose goal is to find ways to spur economic growth.