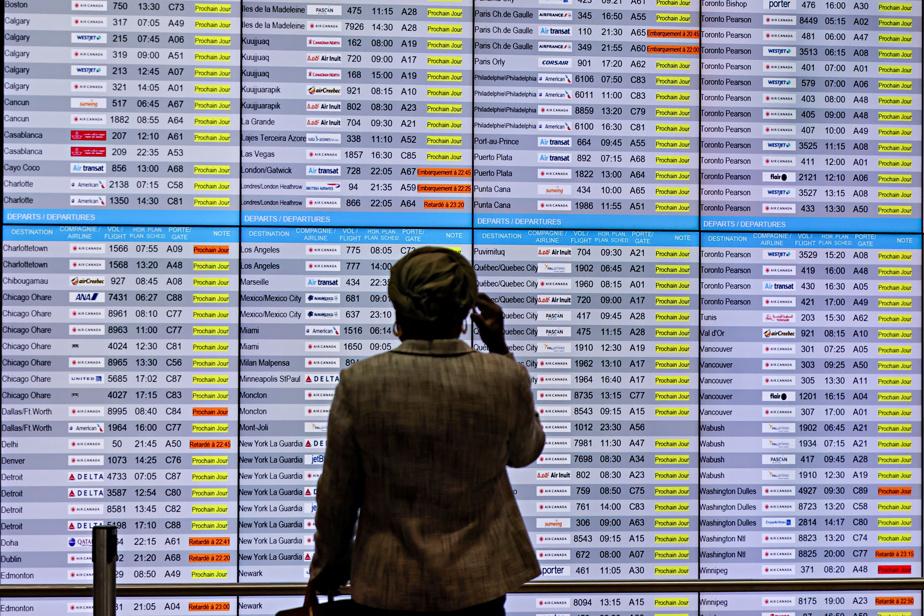 Flight cancellations increased across the world on Wednesday. And for the twelfth day, Air Canada topped the world rankings for delayed flights.

By the end of the day on Wednesday, 56% Air Canada flights were delayed, according to the FlightAware site, contacted at 10 p.m. The Canadian carrier has delayed more than half of its flights worldwide. Pakistan International Airline is second with 49% flight delays.

Toronto Pearson Airport ranks third and fourth globally for flights affected by delays (departures and arrivals), with 42% and 39% of flights delayed, respectively.

Montreal’s Pierre-Elliott-Trudeau Airport scored better with 33% and 28% of flight delays (departures and arrivals).

Passenger flows at Canadian airports are already at 2019 levels during peak hours, but experts say the total is close to 80% of pre-pandemic volume.

According to the federal Department of Transportation, the government agencies hiring for airport security and customs, more than 900 new security screening officers have been on the job since April — but not all are authorized to operate the scanners.

British Airways announced on Wednesday that it is canceling 10,300 extra flights by the end of October to make up for staff shortages, even though it has already cut its flight schedule for several months.

In Portugal, the director general of ANA, which operates the country’s 10 airports, acknowledged on Wednesday that airports had “sometimes serious” problems. As elsewhere, dozens of flights have been canceled in Portugal in recent days, particularly in Lisbon.

Last week, Air Canada announced it would cut about 154 flights a day in July and August.

Environmental organizations said on Wednesday they intend to sue Dutch airline KLM over “misleading” statements about the sustainability and environmental friendliness of its planes.

The NGOs said they filed a summons in an Amsterdam court after KLM was issued an ultimatum in May, asking it to change its advertising campaigns.

“It is the right time to bring the first global lawsuit against misleading claims of sustainable development in the aviation sector,” Dutch association Fosilvreij NL said in a press release, the source of the policy, supported by the NGO ClientEarth.

With Agence France-Presse and the Canadian Press