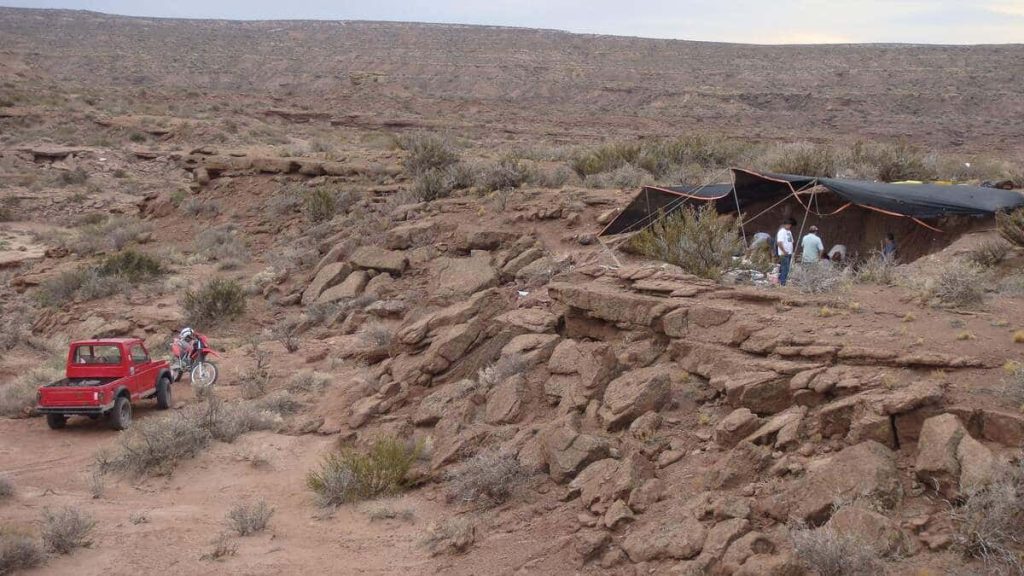 Archaeologists announced Thursday that they have discovered the remains of a new dinosaur remarkable for its enormous head and short arms in Argentina.

Called Meraxes gigas — after the dragon from the Game of Thrones series — this carnivorous predator was discovered during four years of excavations in the northern region of Argentine Patagonia. The skull was first discovered in 2012.

“We won the lottery, we found it the first morning,” explained AFP Peter Makowiecki of the University of Minnesota in the United States during the excavations.

The skull measured more than 1.20 meters, and the animal more than ten meters, weighing about four tons. But its upper limbs were no more than 60 centimeters “halfway through the skull” and the animal did not use them to “reach its mouth,” the researcher noted.

The team of scientists, who published their findings in the scientific journal Current Biology, believe that the small size of the arms gave the animal some survival advantage.

According to Macovici, as the head increased in size, it became the main tool in their predatory arsenal, taking over the function that the upper limbs had in smaller species.

Juan Canal, co-author of the study and project manager at the Ernesto Bachmann Museum in Neuquen, southern Argentina, went further.

“I believe these proportionally reduced arms had a function. The skeleton shows considerable muscle insertion and fully developed pectoral girdles, so the arms are strongly muscled,” he explained in a press release.

“They may use their hands for reproductive behavior, such as holding the female during mating or supporting themselves to get up after a break or fall.”

Merax lived on Earth 90 to 100 million years ago, during the Cretaceous period, when the region was wetter, more forested and much closer to the sea, Makovici believes.

They could live up to forty years, a modern age for dinosaurs. They may have preyed on sauropods that lived at the same time, whose remains have been found at the excavation site.

With his skull full of ridges, grooves, bumps and small horns, Meraxes “certainly looked very imposing, he looked like a gargoyle,” Makowiecki said.

“These are the types of traits that are often subject to sexual selection in living animals,” the researcher asserted, noting that the species used their massive skulls as a “billboard” to be spotted by potential partners.