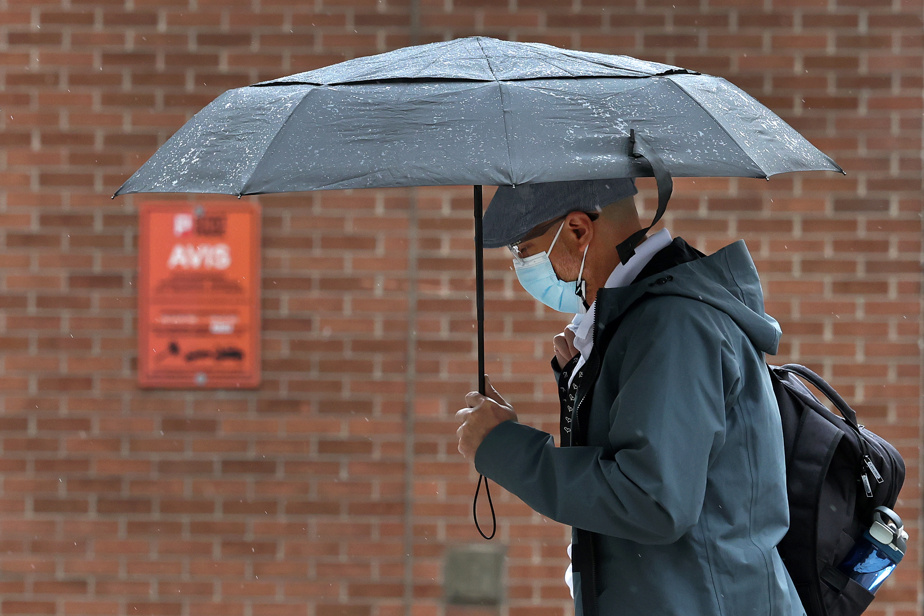 The concentration of the coronavirus in wastewater from Montreal, Quebec, Laval and Gatineau quadrupled in the last two weeks of June, data published Wednesday by the National Institute of Public Health of Quebec (INSPQ) revealed.

Rates measured at the Montreal South Interceptor increased from 7,000 to 29,000 copies of the virus genome per milliliter of sewage in two weeks.

In western Quebec, the concentration increased from 1000 to 4600 gene copies during the same period.

The same scenario was observed in Laval and Gatineau, where sewage has also been monitored by the Centerau-Covid University team since spring.

This increased presence of coronavirus in wastewater was markedly higher than the trend attributed by rapid and PCR tests.

In these two weeks, they showed a 75% increase compared to the 300% increase revealed by the sewage analyses.

“These are the highest levels identified for the stations [d’analyse des eaux usées] In which we are collecting data from April”, confirms Dd Carolyn Hutt, clinical specialist in INSPQ’s Environmental Health Division, in an interview Press.

These new infections have increased due to the spread of new Omicron subvariants.

The main subvariant currently in circulation, BA.2.12.1, accounted for 36% of cases as of mid-June. However, he appeared to be gaining momentum.

Recently discovered, BA.4 and BA.5 account for 33% of new cases, but are on the rise.

“Newer sub-variants are more infectious,” D notedR Alain Vadeboncourt, an emergency physician at the Montreal Heart Institute. And with the current lack of sanitation measures, the ground is clear for an increase in cases. »

It is worth noting that the most recent INSPQ data on variants is as of June 12 and does not cover the recent spike in cases.

Quebec can expect hospitalizations to rise to 170 per day in two weeks.

Currently 1,497 people are undergoing treatment in the hospital. Hospitals are likely to receive another 1,700 patients in the next two weeks, INESSS estimates.

These predictions do not bode well for the province’s emergency situation, Dr.R Vadeboncoeur. “As we speak, we’re showing an emergency room occupancy rate of 128% for all of Quebec,” he said.

The increase in hospitalizations risks increasing pressure and overcrowding in Quebec hospitals, predicts an emergency physician, who underscores the already significant fatigue of nurses and other hospital workers.

The health system also faces a significant shortage of staff. Currently 7,041 workers are absent for reasons related to COVID-19.

In addition, other healthcare workers are on leave, D addsR Vadeboncoeur. “All these factors mean that the pressure on the network and on the beds is enormous. It paints a very worrying picture,” he said.

“If the network cannot absorb these additional hospitalizations, there is a risk of service limitation”, D warnedd Judy Morris is an emergency physician at Sacre-Coeur Hospital in Montreal and president of the Quebec Association of Emergency Physicians.

“Also, we are not immune to other emergency closures,” she adds.

Can we imagine that Quebec is at the beginning of the seventh wave?

“We’re seeing the wave starting and hospitalizations increasing,” Dee saidR Vadeboncoeur. It remains to be seen how high it will be and what intensity of care is required. »

Reluctant to comment, Dd Carolyn Hutt acknowledged that the pandemic’s indicators — that is, cases, deaths and hospitalizations — are actually rising.

In collaboration with Pierre-André Normandin, Press

Minister of Health and Social Services Christian Dubey and National Director of Public Health Dr.R Luc Boileau will provide an update on the evolution of the current COVID-19 situation in Quebec at a press conference this Thursday at 9 a.m.