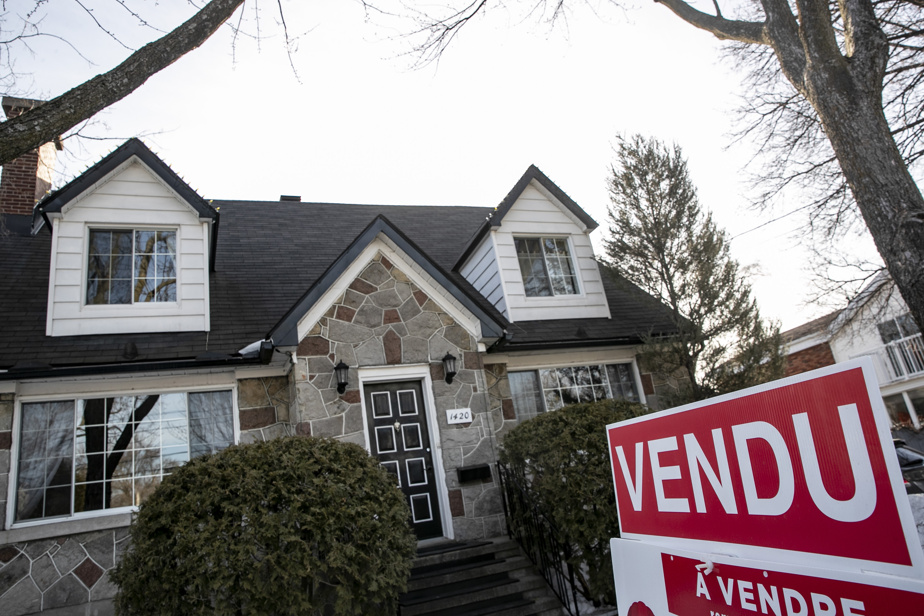 Canadians looking to buy a first home could benefit from a slight drop in prices in 2023. If the central bank adopts a “tightening” policy to combat inflation, home prices in the country could fall by 5%, the Canada Mortgage and Housing Corporation (CMHC) estimates.

According to a CMHC note published on Monday, the cut would occur in the scenario of the key rate reaching 3.5%.

Economists expect the Bank of Canada to raise its key rate in the coming months, starting with a 0.75 percentage point hike on Wednesday. The key rate will therefore go from 1.50% to 2.25%.

CMHC Chief Economist Bob Dugan suggests that “the fixed rate on five-year mortgages will rise to 5.7% by the end of 2022” if the central bank chooses a more muscular hike scenario. They are currently around 5.2%.

CMHC is projecting growth in gross domestic product (GDP) of 3.4% to 2022 and 0.7% to 2023 on key rate hikes in the “muscle” scenario. Then economic growth reaches its lowest point. Canada will experience a “mild recession” for a short period in late 2022 and early 2023.

From 2024, the company expects growth to return and mortgage rates to stabilize. According to the firm, housing prices will rise again.

“Supported by rising household income and migration, house prices are expected to return to positive but moderate growth,” the note said. Continued high prices over the outlook period will weigh on the affordability of home ownership. »

So homeowners don’t see their homes depreciate for trouble.