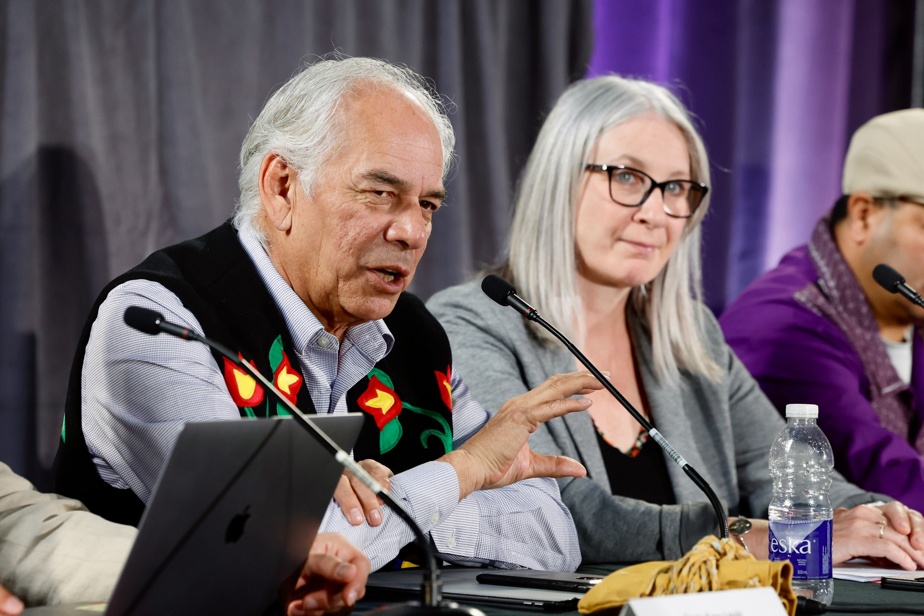 (Kahnawake) “Communities will finally be able to give themselves the means to realize their ambitions,” exults Assembly of First Nations of Quebec and Labrador (AFNQL) Chief Ghislaine Picard. An agreement signed by 22 communities and the federal government on Thursday ends a decades-long wait for funds deemed equitable in education (at primary and secondary levels).

“This is a necessary upgrade so that we can provide services comparable to what we have done elsewhere, but superior as long as the need is clear,” explained the Aboriginal leader.

The signing ceremony was held at the Kahnawake Survival School, whose classes include the language, beliefs and traditions of this community. It was established in 1978 in response to the application of the French language charter, known as Bill 101, to schools in Quebec.

“I saw the ceremony, the pride, the young man who spoke in a Mohawk, it gave me a thrill because I didn’t have it, when she was in survival school they ripped it out of me, out of my tongue and you can see the results,” said Senator Mitchell of Innu descent who attended the ceremony. Audette said.

Pride can be read on the faces of many people there. Some traveled hundreds of miles to attend. The regional agreement was negotiated by the First Nations Education Council (FNEC), which represents 22 communities scattered across Quebec from the Gaspé to Abitibi-Témiscamingue. These societies bring together about 5,800 students.

“For the past ten years, we have been assessing education needs as realistically as possible,” explains CEPN Director General Denise Gross-Lewis.

We have assessed what is required to have education systems that address the needs of urban, rural and remote communities alike, and compared the course with available budgets at the regional level.

Funding education in Aboriginal communities is a special responsibility of the federal government. This regional agreement is spread over five years with an envelope of 1.1 billion plus 310.6 million in fresh money. Amounts are distributed according to an inequitable funding formula that takes into account several factors, including the remoteness of certain communities.

The money should allow them to develop a school program that is culturally responsive, hire or retain 600 teachers and professionals, finance better school transportation, improve academic achievement and increase the number of secondary school graduates.

“This is a concrete gesture of reconciliation [avec les peuples autochtones] said Indigenous Services Minister Patty Hajdoo. “It is up to them to decide how to educate their children and manage their affairs. »

“Colonization has had a negative impact on the educational success of young Aboriginal people,” she added. But what we’re starting to see in communities that have regained control of their own education system is rising graduation rates. »

The signing of the agreement was welcomed by the Bloc Québécois and the New Democratic Party. Bloc Québécois MP Marilène Gill, however, urged the federal government to speed up negotiations with other unions that have yet to reach an agreement. The Conservative Party of Canada did not respond.

Bill 96: AFNQL can go to court

The Assembly of First Nations of Quebec and Labrador has not ruled out an action to intervene against the François Legault government’s Bill 96. Reform of the French-language charter, seen as a brake on the educational success of Aboriginal children, was condemned during the federal government’s announcement on Thursday that it would allocate $1 billion for education.

“It’s an option we’re considering,” chef Ghislaine Picard said in an interview. The AFNQL is made up of chiefs from 43 communities representing 10 Aboriginal nations. Their reactions to Act 96 vary according to their reality.

“For example, the ‘Conventions’ have a special relationship with the Quebec government,” he explained, referring to the James Bay Crees and Inuit. “But the Makivik company on the Nunavik side has made it very clear that the company is against it [la loi] 96, he added. Then mainly English-speaking communities are hurt by the law. So, we have to navigate it all. »

A reform of the Charter of the French language adopted in May made French the sole official and common language of Quebec. This does not apply in Aboriginal communities, but still affects more than half of First Nations students who, because there is no school in their community, must attend school in French, even if their mother tongue is English or the local language. AFNQL therefore argues that many of them find it difficult to obtain their high school diploma.