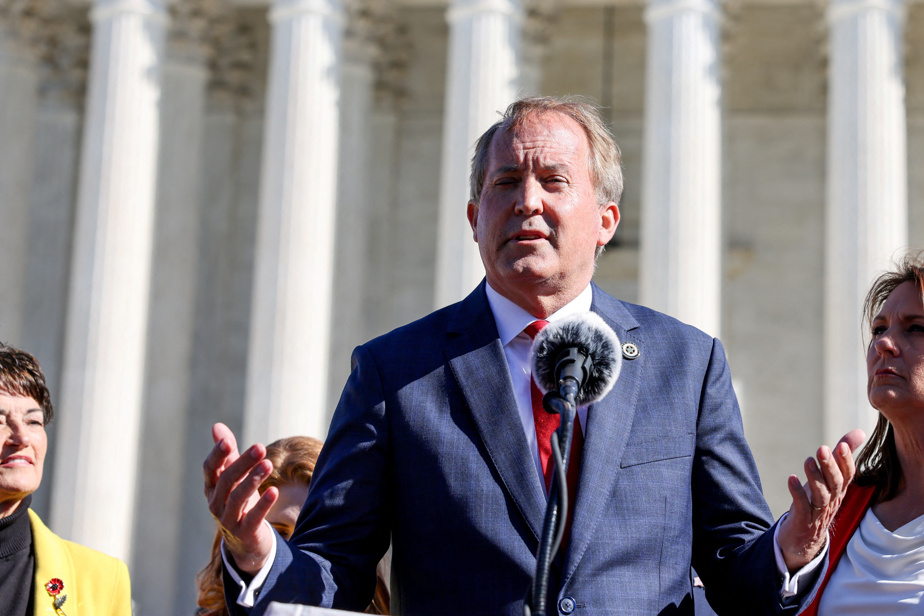 (Washington) Texas on Thursday filed a complaint against a Joe Biden administration order authorizing emergency doctors to perform abortions when a pregnant woman’s life is in danger, even though local laws prohibit abortions.

The complaint, filed by Republican Attorney General Ken Paxton, accused the Democratic president of “violating” a June 24 Supreme Court ruling that gave each state the freedom to ban abortions on its soil.

His government is “trying to use federal legislation to turn every emergency department in the country into a walk-in abortion clinic,” according to the document.

The White House was quick to criticize the move by an “extreme and radical elected Republican.”

“It is unthinkable that a government official would take legal action to prevent women from receiving life-saving emergency care, a right protected by American law,” agency spokeswoman Karin Jean-Pierre said in a statement. Joe Biden.

Federal law “protects your medical judgment and the steps you take to stabilize your pregnant patients, without any restrictions on the state in which you practice,” he wrote to them.

If a doctor deems an abortion necessary to address a medical emergency, “he must perform it,” the minister said. Federal law “preempts” state laws if they prohibit abortions without exception to the life or health of the pregnant woman, he still asserts.

Ken Paxton criticized Joe Biden’s administration as “trying to get its bureaucrats to force hospitals and emergency doctors to perform abortions,” whose state now bans all abortions.

However, its laws provide an exemption to protect the lives of pregnant women, and Thursday’s complaint appears more political than anything else.

It’s part of the great legal limbo since the Supreme Court dynamited the right to abortion in the United States for nearly half a century.

His decision actually made it possible to activate several laws that had been dormant for years, including centuries-old laws whose provisions were contradictory.

So far, a dozen states in the conservative South and Center have banned abortions, and some have restricted them to the first six weeks of pregnancy. Eventually, half of them should ban abortions on their soil.