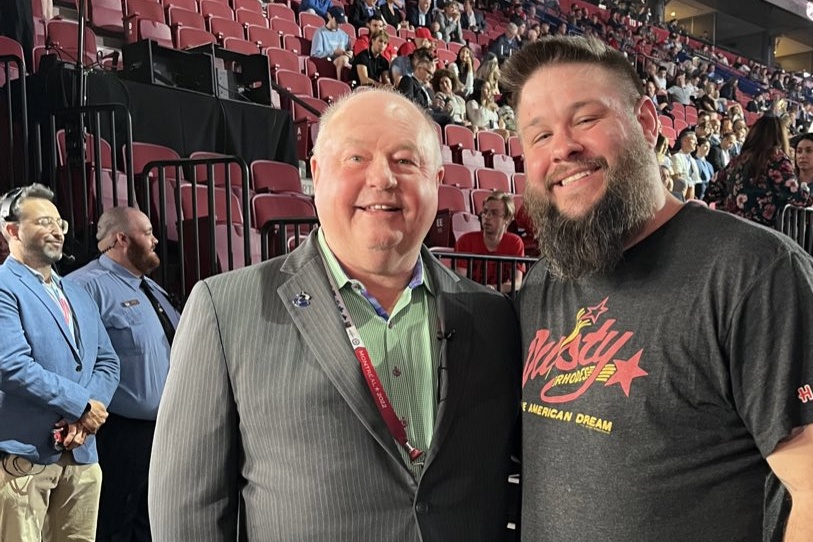 It’s rare for a hockey coach to fall into grand displays of joy.

“I knew he was injured and we were in Montreal, but I didn’t do 2 + 2 and thought he was going to be there. I was really surprised! Boudreau told us on the phone.

Boudreau’s admiration for Owens is already known. In February, the head coach of the Vancouver Canucks was asked about his favorite wrestlers who appeared. Slapshot Owens finished second overall. But the two men never met.

The matchmaker for this viral moment was NHL Network host Jackie Redmond at the draft. Redmond also hosts some WWE shows. Thus she is literally at the crossroads of two men’s worlds.

“Kevin texted me that he was going to throw paper airplanes at my set,” said Redmond, a Nova Scotian. And he asked me, ‘Will Bruce be there? I’m going down at the Canucks table! So I replied: “Don’t go to their table, come on our set!” »

READ  This makes it even more complicated for JSK