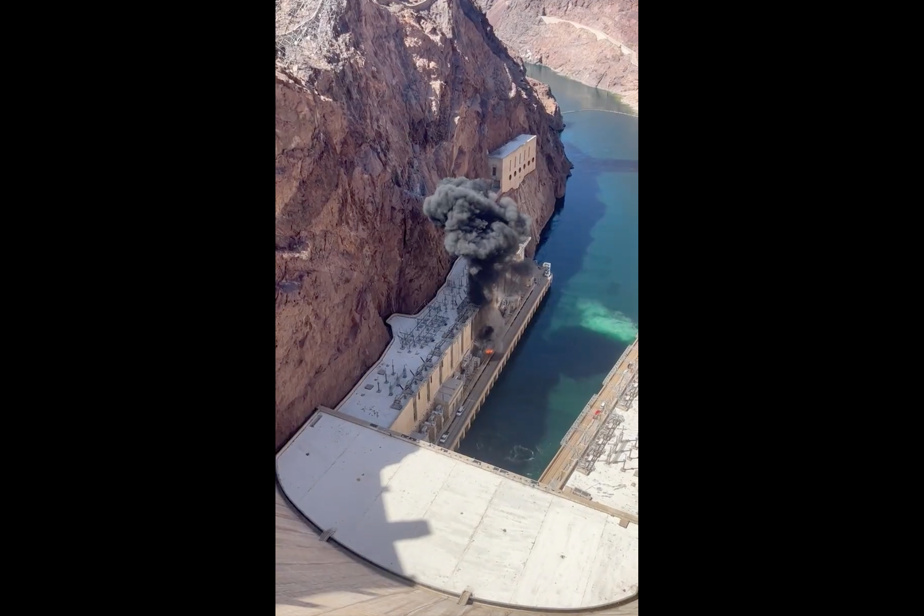 “There is no danger to the power grid and electricity is still being generated,” said Jacqueline L. Gould said.

She said the fire broke out around 10 am and was extinguished after half an hour.

Videos posted on social media showed a fire or explosion in a building near the dam base.

Huge black smoke billowed from the top of the building.

The City of Boulder City said on its Twitter account that the fire was extinguished before firefighters arrived. He referred additional questions to the Bureau of Reclamation and Hoover Dam.

The cause of the fire is under investigation.

Hoover Dam is located in the Black Canyon of the Colorado River on the border between Nevada and Arizona.

According to the Federal Claims Office, the dam is 221 meters high and 201 meters at its base, the equivalent of two football fields.

Up to 20,000 vehicles a day cross the top of the 14-metre-wide dam, a National Historic Landmark.