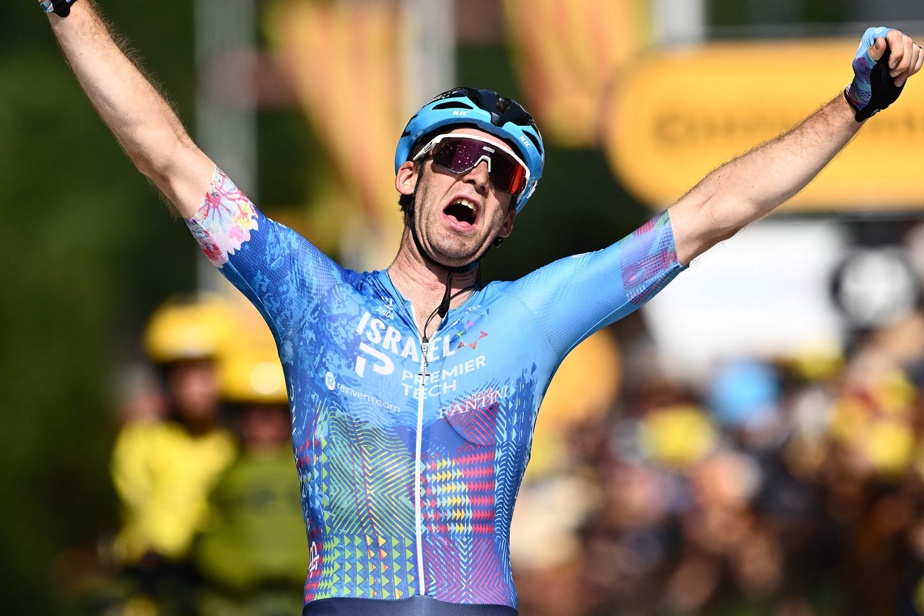 Thanks to a solo attack 38km from the finish, Hugo Haule won the 16the Stage of the Tour de France, Tuesday, between Carcassonne and Foix.

The 31-year-old cyclist was more than a minute ahead of Frenchman Valentin Madovas (Groupama-FDJ) and his compatriot and Israeli-Premier Tech teammate Michael Woods in second and third respectively.

Crossing the line, Howl pointed his right index finger skyward, his face contorted with emotion. His “big dream” was to dedicate a stage win on the Tour to his brother Pierrick, who tragically died almost 10 years ago.

Howle became only the second Canadian to achieve such a feat at Grande Boucle since Steve Bauer in 1988.

“I’ll never win a race, I think this is the right place to do it,” Howell joked in his first interview with the international broadcaster.

With Woods, the Saint-Perpetu native split with 27 other riders about thirty kilometers after the start in Carcassonne.

Riding in a reduced group of seven riders with 38km to go, Houle accelerated the descent from Port of Lerres, the final climb…