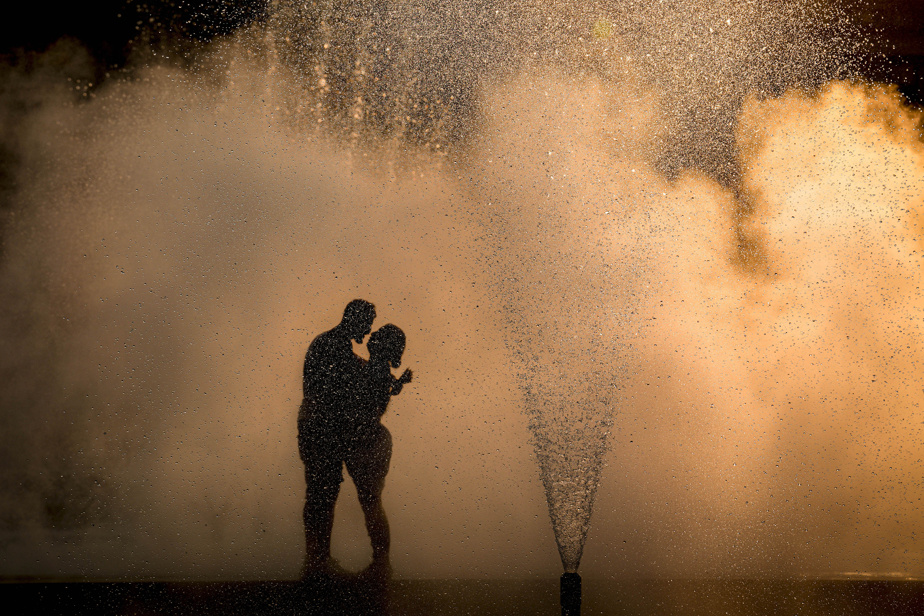 Heat wave continues in Europe, temperature records still broken. Firefighters are not ready to pack: Wildfires are now spreading east of the continent.

A new record in Denmark

Heat waves do not leave Scandinavia. Denmark recorded a record July temperature of 35.9°C on the island of Loland on Wednesday. According to the Danish Meteorological Institute (DMI), the old record for July was 35.3°C in 1941. The state recorded an all-time high in August 1975 with a value of 36.4°C. “A new Danish temperature record is available,” DMI said in a statement on Wednesday. Much of southern Sweden has been put on alert by the Swedish Meteorological and Hydrological Agency, with temperatures of up to 35C expected.

37,000 people were evacuated in France

In the Gironde in southwestern France, the area of ​​forest burned has now reached 20,800 hectares. Nearly 37,000 people have been evacuated due to the fires that have ravaged the region since July 12. Thousands of firefighters are still battling the blaze in the towns of Test-de-Buch and Landiras. Residents of at-risk areas are asking the government for more support while only committing to “solidarity with each other” for housing and food, Morgan Gregoire, a resident of Bordeaux and originally from Landiras, testified via email. Press. President Emmanuel Macron visited the Gironde on Wednesday to pay his respects to those mobilized and honor the memory of those who died. It plans “a major national project” to reforest the devastated forest. During his visit, the President promised to procure additional aircraft to fight the fires.

Over 40 ohC in Spain

In Spain, authorities estimate that more than 500 deaths have been linked to the heat wave that has already hit the country for ten days. The heat wave caused massive fires that destroyed tens of thousands of hectares of vegetation. The mercury soared above 40°C in many parts of Spain, including regions of Andalusia, Extremadura and Galicia. Much of the Spanish territory is still under severe heat risk warning. The Spanish meteorological agency Amet offers that the temperature may still rise to 41 °C on Thursday in these ten areas.

Outcry in the UK

The United Kingdom set a historic temperature record on Tuesday when the mercury soared to 40.3°C in the village of Coningsby in northeast England. Environmental activists blocked the M25 motorway on the outskirts of London for seven hours on Wednesday to protest the government’s inaction on climate change. Supporters of climate campaigning group Just Stop Oil plan to hold a rally on the M25 until the end of the week to demand the UK’s new oil projects. British newspaper, The Telegraph. The UK is still trying to bring heatwave-fuelled wildfires under control. London Fire Department received 2,600 calls on Tuesday. This is more than the daily average of 2,250 calls, Metropolis Mayor Sadiq Khan told AFP.

The fires continue in Greece

Greece, which has escaped the extreme heat experienced in Western Europe, is facing major fires. Hot and dry weather fueled fires on the outskirts of Athens, forcing nearly 100 residents to evacuate their homes. On Wednesday, 500 firefighters with planes and helicopters brought the fires under control in the suburbs of Penteli, Pallini, Antousa and Gerakas. Winds of up to 100 kilometers per hour blew the smoke as far as Crete. “The winds are so strong that the planes can’t target the water,” civil protection head Vassilis Kokkalis lamented over the Athens radio waves, AFP quoted. Violent forest fires consumed more than 100,000 hectares of vegetation in the country last summer.

Slovenia has also been battling fires since Wednesday due to intense heat in the east of the continent. Hundreds of firefighters have been deployed to control the blaze in the western part of the country. Mercury is now rising in Austria and Hungary. Due to this, the authorities have issued vigilance warnings. According to the National Weather Service, temperatures will reach 39°C in southern Hungary on Thursday. According to experts, this heat wave that hit the old continent can be attributed to climate change. The increase in greenhouse gases multiplies the intensity, duration and frequency of these climate phenomena.