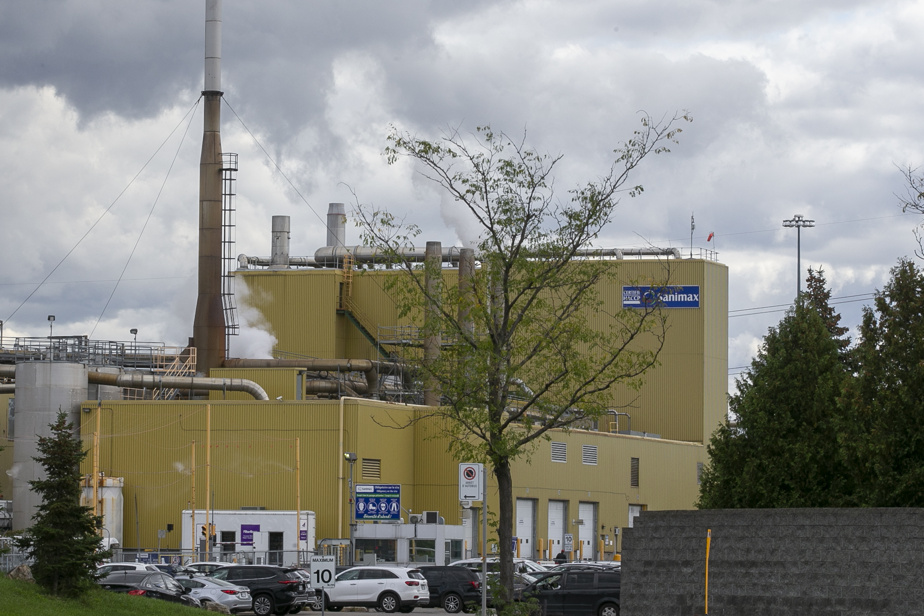 Adding a garage to store animal waste only solves a “small part” of the problem at the Rivière-des-Prairies plant, Sanimax retorts to the city of Montreal when it tries to impose a new by-law to address odor problems. in the area.

“In Montreal, we knew the garage was one of many rooms that needed to be implemented, but the challenge was really speed. Me, I had to expand to add equipment and process the material right away. I didn’t want to give the material a single chance to degrade in our yard,” Marshall Hamel, CEO of Sanimax in North America, explained in an interview. Press.

Reacting to his departure from the Plante administration, the company will soon have to stockpile under a regulation approved by the Metropolitan Community of Montreal (CMM) in mid-June — which still needs to be approved by Quebec. Animal matter remains in the building and can no longer be kept outside. “This is very important, because it is one of the main causes of odors,” argued Caroline Bourgeois, mayor of Rivière-des-Prairies-Pointe-aux-Trembles.

Sanimax, which originally specialized in the recovery of dead farm animals, has accumulated complaints over the years from residents about animal carcasses left in the middle of the street or for odor problems. In the summer of 2021, in particular, the cities of Montreal, Lévis and Saint-Hyacinthe received an unprecedented number of complaints against Sanimax. Since January of that year, the company alone has been the subject of 46% of air quality complaints registered across the metropolis.

However, Mr. For Hamel, the solution lies in a “global plan,” which he says he will present to the city in 2019. “In this plan, we have many permanent solutions, he said. For example, a new entrance to avoid waiting trucks, expansion of the factory, a loading area for finished products, a garage and new buildings to transfer the material were discussed. »

“If we confirm, we will now be able to expand the investments. But in December 2021, everything stopped. And we still don’t have permits or zoning, even to build a garage, and even less for other equipment, “continues the CEO, who is fed up with the attitude of the authorities towards his group.”

A call for dialogue

According to him, negotiations have gone “significantly better” in Lévis and Saint-Hyacinthe, where measures have already been taken to reduce odors. In April, the Environment Minister, Benoit Charette, announced a government plan to reduce odors at the Sanimax plant in Lewes. “We had clear and open discussions and it worked. We will have expansions, additions of air treatment. This could be the resolution,” asserted the entrepreneur, adding that Montreal “goes alone”.

Overall, the CMM regulations also include provisions that are, according to Marshall Hamel, “of great concern” for the agri-food chain.

“In other words, we are given a control that condemns the inability to achieve the goals. If we don’t do what we do, it will have consequences in the hundreds of millions,” the businessman explains.

The City of Montreal pleaded good faith from the beginning. “For us, the important thing is for citizens to regain their quality of life as quickly as possible. We are always open to dialogue with the company so that it offers solutions that meet the municipal standards in force. A plan that meets these standards has never been presented to the city,” said Marikim Gaudreault, press attaché. A government plan similar to that of Levis was recalled as urgently needed in Montreal.

Keep in mind that Sanimax and the city of Montreal have not had their first skirmishes. In January, a high court also ruled that the Quebec multinational had polluted the air and water. In the judgment, we read that the thief tries to evade the law in the name of “twisted”, “brazen”, “nonsensical” arguments, which do not have “any valid legal basis” or “lacks a clear conscience”. In total, Sanimax has been sentenced at least three times by municipal court, including twice in 2018.