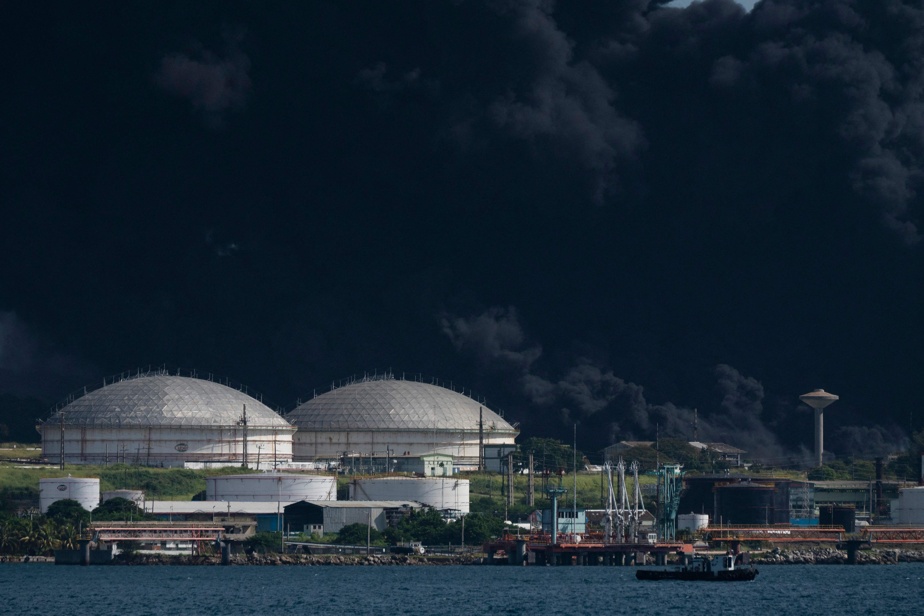 About 800 people were evacuated from the disaster area in the suburb of Mantanzas, a suburb of 140,000 residents, about 100 kilometers east of Havana, from where a huge plume of black smoke could be seen obscuring the sky.

“Cuba requests the help and advice of friendly countries with experience in the oil sector,” the presidency said in a statement.

The US Embassy in Havana said it was “in touch” with Cuban officials and clarified that “US law allows US organizations and institutions to provide disaster assistance and response in Cuba.” The United States imposes sanctions on the single ruling party on the communist island.

On Twitter, Cuban President Miguel Diaz-Canel said “it may take time” to bring the fires under control.

On Saturday, helicopters using cranes and water hoses were working hard to control the fire.

“The sky is yellow”

A fire broke out after lightning struck one of the tanks in the oil depot late on Friday night. By early morning, the fire had spread to the second tank.

READ  Vaccination of children aged 5 to 11 years: End of mandatory masking in public places in Quebec

According to Granma, “there was a failure in the lightning rod system, which could not withstand the power of the electrical discharge”.

Ginelva Hernandez, 33, was awoken by a violent explosion as she, her husband and three children slept. “We threw ourselves out of bed. When we went out into the street, the sky was yellow,” she told AFP. At that time, “people’s fear was out of control.”

Laura Martinez, a resident near the disaster site, told AFP that “I felt the explosion like a shock wave”.

Hearing the first blast, Yuni Hernandez, 32, and her children fled to their home two kilometers from the depot. They returned a few hours later and in the early morning heard more explosions and the sounds of “tank pieces falling”.

According to him, Cuba has never faced a fire of “today’s magnitude”.

The deposit feeds the Antonio Guiteras power plant, Cuba’s largest, but Granma said the plant has not stopped pumping.

The fire comes as the island has been facing supply problems since May to meet increased electricity demand due to the summer heat.

In some parts of the country, authorities must carry out rotating cuts of up to 12 hours a day, with up to twenty demonstrations, drawing the ire of angry residents.

The island’s eight thermoelectric power stations are in disuse, maintenance works and lack of fuel are hampering power generation.

Cuba currently has an average electricity distribution capacity of 2,500 megawatts, which is insufficient for peak-hour household needs, which could reach 2,900 megawatts, officials said.