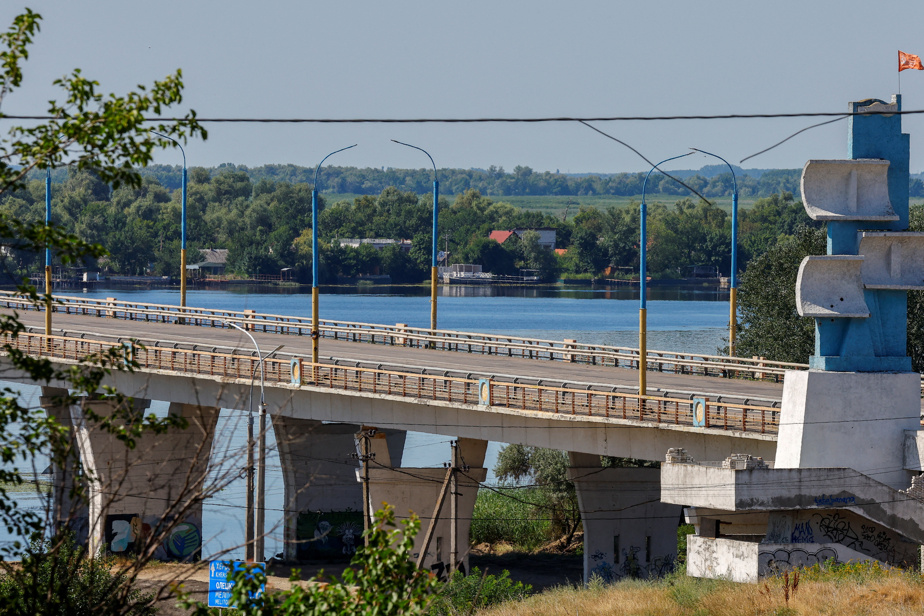 “What a night for the invaders in Kherson region. Strikes took place in the area of ​​the Antonovsky bridge,” regional deputy Sergui Khlan said on Facebook.

The attacks were confirmed by the spokeswoman of the Southern Command of the Armed Forces of Ukraine, Natalia Goumenyuk.

“The fire control that we have been developing for several days has the results. The impact is significant for both Antonovsky Bridge and Kakhovsky Bridge,” another bridge, she told Ukrainian television.

Antonovsky Bridge, in the suburbs of Kherson, is strategic and important for supplies, as it connects the city to the south bank of the Dnieper and the rest of the Kherson region.

It had already been targeted and partially destroyed on July 27, forcing the Russian military to rethink its supply chains. Mobile pontoons were especially equipped.

A few kilometers from the front is Kherson, the capital of the titular region, where Ukrainian forces have been launching a counteroffensive for weeks to retake territory lost in the first days of Russia’s offensive against Ukraine.

Vital to Ukrainian agriculture, the region is also strategic because it borders the Crimean peninsula, which was annexed by Moscow in 2014. By occupying it, Russia was able to build a land bridge connecting Crimea to Russian territory and elsewhere. Occupied by Ukrainians.

The occupation authorities are also planning a referendum on the annexation of Kherson and neighboring Zaporizhia.