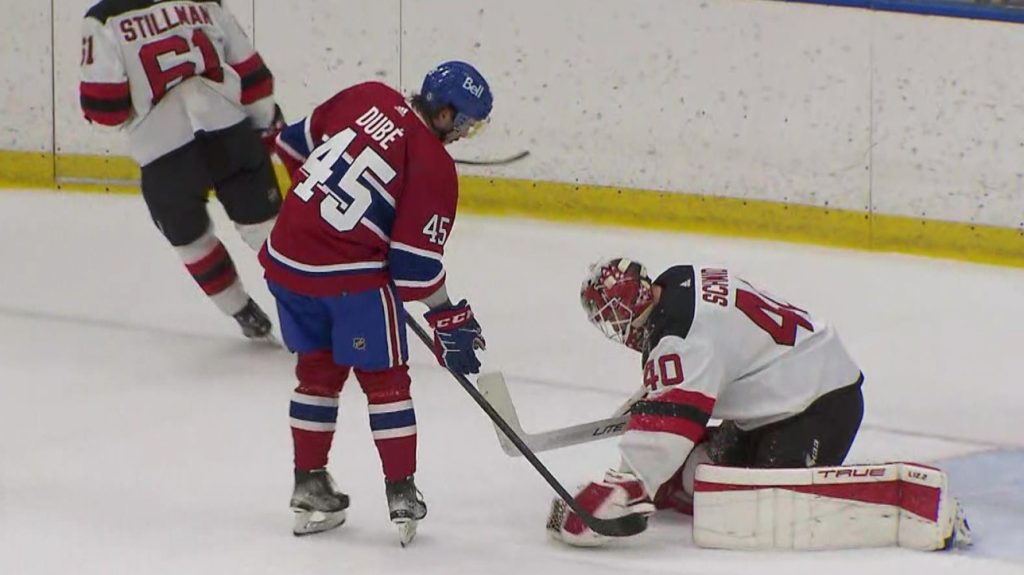 BUFFALO — At the junior level, Pierre-Emerick Dubey was recognized for excelling in key moments. To his delight, the trend looks set to continue during his pro tryout with the Canadiens.

The 21-year-old Quebecer put in a very encouraging performance for the future. Well aware that his room for maneuver was minimal, Dubey was able to recognize that for the right reasons.

Dubey has shown that he can add strings to his bow by blocking shots and evolving with numerical inferiority, if it’s not surprising that he’s created some scoring opportunities.

“I think I played more shorthanded in that game than in my entire junior career,” he said with a laugh. What I want is to become a complete player. I tasted a new dimension and loved it using my speed. »

“I know he’s a power play player, but Lappi (assistant Martin Laperriere) handled him a little bit in Quebec and we know his speed. He’s smart and he uses his stick well,” commented head coach Jean-Francois Houle, who wasn’t afraid to lean on him.

On post-match questions, we got a better understanding of how Dubey managed to add new elements to his armoury.

“In junior, I was more of an offensive player. But I practiced with (Patrice) Bergeron and (Philippe) Danault this summer. I went on the ice with them three times a week,” said Dubey, who scored several key goals in the Shawinigan Cataracts’ recent playoff run.

“They gave me advice. There are thousands of offensive players in the NHL, so to speak, if I want to go up…