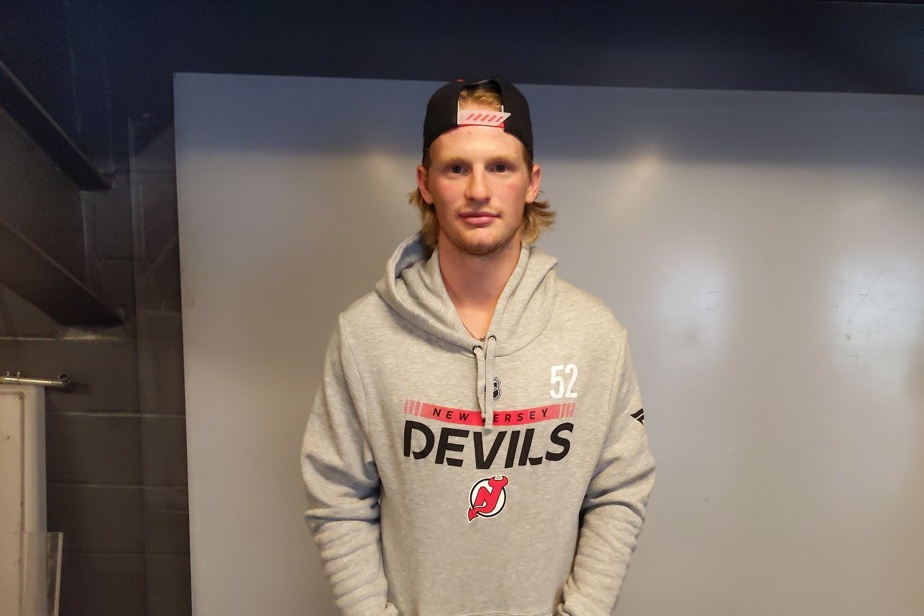 (Buffalo) Stories about the sons of former players always focus on the father. Nothing out of the ordinary; Enthusiasts know that.

In the New Jersey Devils lineup at the rookie tournament, we found a player named Noah Courson, so he no doubt inherited the family name and physical attributes from Shane Courson. The similarity is striking.

But in our meeting with Noah Courson on Saturday, under the bleachers of the LECOM HarborCenter, Quebecer talked about his mother long before his father. His story is one of perseverance, and he gives her much of the credit.

“This is my rock, as we say in English. She is always there for me. At 19, 20, when things weren’t going well and I was thinking of going another way, she told me not to give up, to believe in me. I just need it. I am truly grateful. »

His mother, who asked not to be named in the article, is most important, but she essentially raised Noah Courson by herself. When Shane Courson left the Canadiens — after his second spell in Montreal — the youngster was 2 years old for the Toronto Maple Leafs. It was around this time that the couple separated and the relationship between father and son was never very close.

“We’re still in contact,” he said. He texts me, he tries to check in. But all my life, I’ve had my mom and my little brother, and…