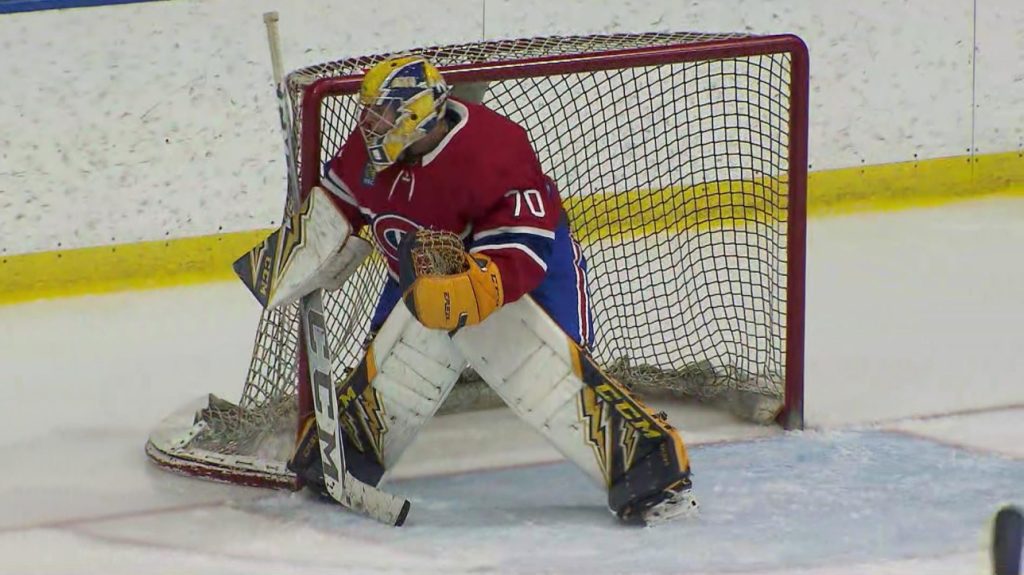 BUFFALO — At 20 years old, goaltender Antoine Coulombe has never been invited to an NHL team’s camp. He hoped his performance over the past year would convince a firm, but he had to be patient.

“With the season I just had, I doubted that I would be invited by the team. But after the draft, I didn’t really know because I wasn’t invited to the development camp,” admitted the Shawinigan Cataract goaltender.

When the Canadian finally gave him a sign with a rookie tournament in Buffalo in mind, excitement came to erase the bad feelings of anticipation.

And so, he was appointed on Sunday, to face the hopes of the Ottawa Senators, and he acquitted himself of his task. Without threatening often, he made some good saves and seemed to fit his position.

Coulombe is realistic, he knows he still has a lot to prove to convince those around the Canadian. But the progress shown, especially recently, deserves an audition.

“From 16 to 17, he really developed. And, when I came back with Shawinigan, he was 19 years old and he was a really different young man! He wasn’t very tall, but he had a presence in front of his net,” said Cats coach Daniel Renaud.

“We were in a rebuild when we started. It’s not honest to rate him for want, want, wins or numbers,” he pointed out.

Coulombe is very honest about this season of learning the hard way.

“My first year was very difficult and it took some time to recover, to regain my confidence and my consistency,” admitted the five-foot-ten goaltender…