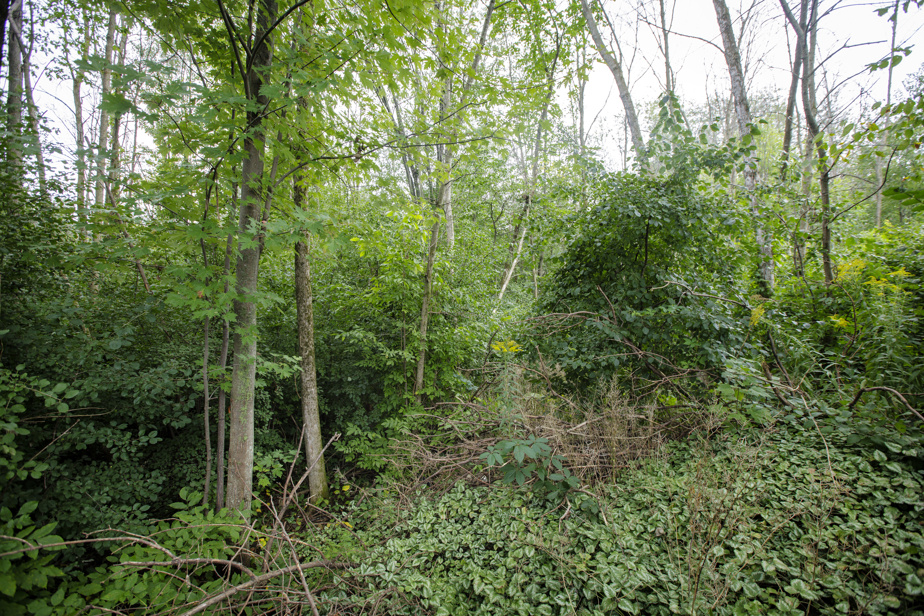 There is only one way to protect one of the last natural environments in Laval, threatened by an industrial development project: the city must acquire the land for conservation purposes.

In an access to information request, the official opposition, Parti Laval, recently discovered that the city was notified in 2019 of an industrial development project that threatens the natural environment of the Barbe stream. The stream spans 30 hectares of forest and wetlands at the intersection of Highways 13 and 440. According to the Laval Regional Council for the Environment (CRE), it is an area of ​​”high ecological value”.

At the time, according to Claude LaRochelle, a municipal councilor in Fabreville, the administration may have had pressure to block the project.

Things to do in 2019 did not happen. The political power of leadership is there, it is not exercised.

In 2020, Montoni Group and Monarch were purchased by Development M SEC, a partnership, for over $9 million, according to the City of Laval’s Property Assessment and Tax List.

However, the law allows cities to expropriate for municipal purposes with compensation paid to the owner, explained Philippe Biuzzi, a lawyer at the Center Québécois du Droit de l’Environment. The city of Laval can ensure the preservation of the natural environment by exploiting the creation of a municipal park, for example, he adds. However, according to Laval Mayor Stéphane Boyer, such an intervention would cost too much.

In the wake of the demands, the outgoing MP for Sainte-Rose, Coquist Christopher Skeet, pledged to support the city to preserve the Barbe Creek forest without establishing specific measures.

“If the city of Laval wants to prioritize the project to protect the Barbe Stream Forest, we are committed to supporting and financially partnering in its efforts,” read a letter from the coalition Avenir Quebec sent to CRE and contacted Press.

To save what it describes as the “lungs of the Fabreville district,” the Barbe Creek Protection Committee continues to bring Laval citizens together to put pressure on politicians. Committee director Diane LaBelle said she was “very disappointed” with the mayor’s response at the last City Council meeting.

The city doesn’t want to do anything. There are many dangers.

In addition, Laval has zoned two-thirds of the Barbe Stream’s natural environment as a “wetland of interest” in its interim regulation for wetlands protection intended in 2020.

“In recent years, we went from 3% to 12% of protected Laval territory. We still managed to quadruple it,” Mayor Boyer told the City Council.

In 2021, the Ministry of Environment and the Fight Against Climate Change (MELCC) granted a backfilling permit to a landowner encroaching on the natural environment of the Barbe stream, the last in Fabreville. In return, the department demanded a $4 million financial contribution to the state Environmental and Water Domain Protection Fund.

According to MELCC, the promoter’s request is first analyzed “as per applicable law, regulations and government guidelines”.

READ  About 4 billion in tax cuts and tariffs, Anglede promised

The proponent now plans to reclaim seven hectares of wetland for an industrial project.

“Montoni is ready for all negotiations for a harmonious coexistence on the territory”, asserts Alexandra Cardisco-Moro, Public Affairs Advisor of the Montoni Group.

The Barbe Stream Protection Committee has called for reform Environmental Quality Act, to give cities more power to protect their natural environments. Claude LaRochelle explained that until 2017, cities had the power to issue a reservation on land before the ministry issued a backfilling permit. “Cities no longer have this power. It requires political leadership. »