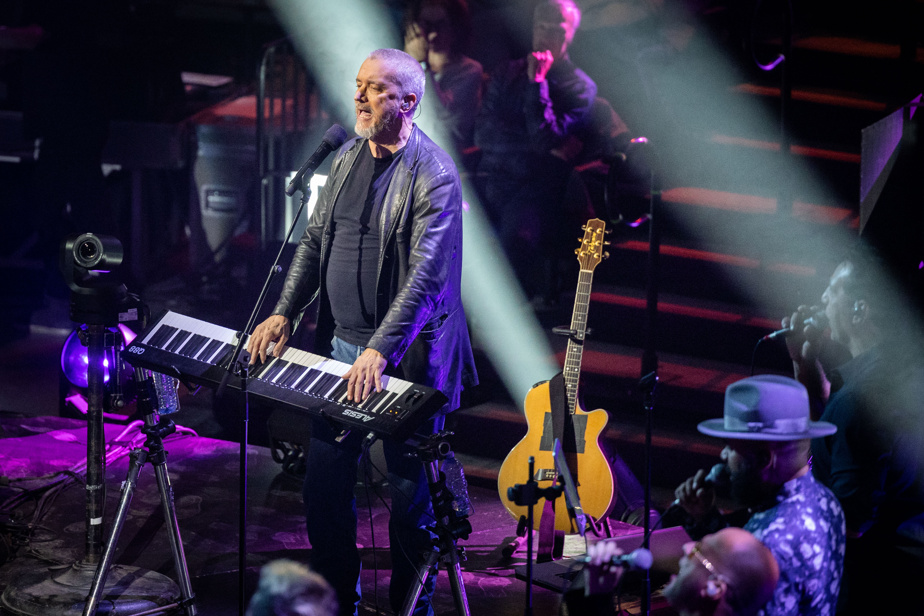 For his last Saranu show, Dan Bigras went all out. He was joined by no fewer than 16 musicians and singers on the TOHU Circular Stage, Thursday evening, at the long-awaited fundraising event in aid of Refuge des Jeunes.

As soon as he appeared on stage, the singer-songwriter received the first applause before singing Dondain la Rydain With Yves Lambert and all the musicians. He received at least two more before leaving the stage.

“The Saranu show 32 years, it’s something, it’s half my life,” agreed Dan Bigras, moved. The director of this annual show, which helps struggling or homeless youth, chose to invite his last “ever-presents”, his “friends” from the start.

Backstage, we’re told he’s nervous. “Do a bad show, you get over it,” he told our colleague Mark Cassivy. “But do a bad one.” Saranu show, the fear of the asylum closing, that haunts me all the time. T-Guys are like my little brothers. »

No worries there. Alignment is also declared good.

Ginette Reno got the ball rolling you are my love, she often performed with Jean-Pierre Ferland. Dan Bigross, who sang with her (and several of her guests) in this hour-and-a-half show, his first in front of an audience since 2019, couldn’t hide a rocking voice and was even more fragile at times.

In his usual sobriety, and sometimes almost in a whisper, Don Bigras paid tribute to the refuge that brought him “balance” in life.

I’m lucky to be part of a gang that does something rather than cry like me. It’s a gang that has solutions, even if it’s not always easy.

Several duets followed each other: Isabelle Boulay sang her part Never enough Marie-Nicole Lemieux and old coupleBy Serge Reggiani, featuring Dan Bigras, sung by Bigras’ great friend Lulu Hughes Loving each otherBy Yvon Deschamps, and You made me feel Of the three with the powerful voice of Yama.

Samian provided beautiful moments during the evening, including, among other things, a slam featuring a homeless man who has lost contact with his son, accompanied by Biggrass on saxophone and Lulu Hughes on vocals. Those unable to attend will take solace in knowing that the program will be broadcast on Radio-Canada TV in December.

Also present is Guylaine Tanguay. She sang I’m going to the other side of the world, Paul Darraiche with Marie-Nicole Lemieux and all the performers in attendance. Not forgetting the vitaminized version of The world is stone By Marianne Mathew. For a while, we felt like we were in the presence of a band aid.

Dan Bigras ended the show by paying tribute to his son, “Always A Saranu show “, and who recently gave him the joy of becoming a grandfather.

He concluded by reminding the audience, “It’s easier to help a young person than to correct an older person.”

It is singing Bohemian d’Aznavour, as a reminder, closed his show and thanked his former producer Guy Latravers at the source of the show. But Isabelle Boulay, her backup singer for many years, had the last word.

She first quoted the words from Ernest Hemingway: “Life shines on everyone, but some grow stronger where they are broken.” “Thank you, Dan, for everyone you’ve helped over the years,” she told him before singing a moving version.Amazing Grace.

Could Dan Bigras’ commitment to the nearly 22,000 young people at the Refuge end in a better way?