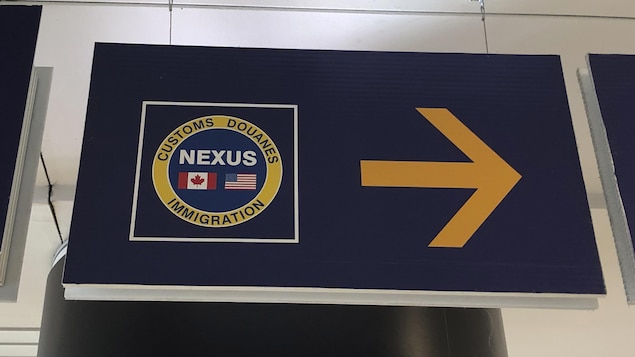 An attempt is underway to unilaterally renegotiate the terms of the 20-year-old program, and the program is being held hostage to this effort.Hillman said during a one-day summit hosted by the Canadian Embassy in Washington on border issues between Canada and the United States.

Tactics used by the United States Very serious And are at odds with Canada’s long-standing friendly and cooperative relationship, she continued.

We all recognize that we need to work on the issues, but this will take time and in the meantime, we cannot bring the entire program to its knees.

The NEXUS program was jointly developed by the Canada Border Services Agency and United States Customs and Border Protection.

It aims to speed up border crossings for both Canadian and American passengers Low risk pre-approved.

These travelers must register at a center to get their NEXUS certificate.

The closure of the facility was sparked by disagreements over immunity from prosecution.

The US government argued that its employees at NEXUS offices should enjoy equal immunity from Canadian lawsuits while performing their jobs in Canada.

These protections already exist for US border agents at Canadian airports who work at preclearance sites. According to the United States, some of these NEXUS offices are located in the same facility and it would not make sense to apply different rules in different parts of the office.

The United States has repeatedly told Canada that this is a priority over the years, and apparently little progress has been made, it said.

This is not newsA spokesman for the US Embassy in Ottawa said Thursday. The United States is open to reopening NEXUS centers in Canada once Canada addresses these concerns.

Kirsten Hillman says Canada is ready to find a solution. But she said it was a complex issue that could not be resolved under Canadian law. He resented the harsh policy of the United States.

I question the tactics to be honest with you. I think the tactics are heavy handed and not representative of the relationship we havesaid the diplomat.

According to her, currently more than 334,000 people are waiting for NEXUS card and the situation is getting worse every day.