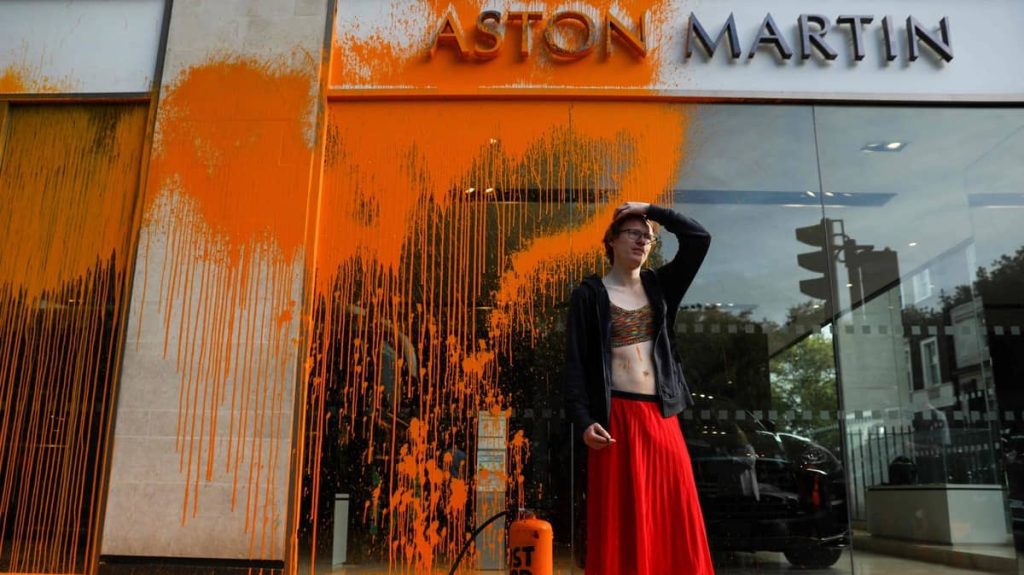 Environmental activists from the Just Stop Oil group stormed a dealership of luxury car brand Aston Martin in central London on Sunday, as part of a series of actions against hydrocarbons exploitation that began in early October.

• Also Read: In the video | Environmental activists douse a famous artwork with soup

• Also Read: English activists protested by pouring liters of milk on the floor

As a group of activists blocked traffic on Park Lane, one of the capital’s most attractive thoroughfares bordering Hyde Park, on Sunday morning, one of them splashed orange paint on the window of an Aston Martin dealership on the street.

They are calling on the Liz Truss government to end the exploitation and exploitation of hydrocarbons in the country, which the prime minister has decided to speed up.

Faced with these repeated demonstrations, the government decided to strengthen the powers of the police.

In an op-ed published in The Mail on Sunday, Home Secretary Suella Braverman announced that the Security Act, now being passed through Parliament, will give police new powers to take more “proactive” action. Denied in the past.

The new law will “strengthen the security of transportation networks, oil terminals and printing works”, to protect “capital national infrastructure or access to essential goods and services”, she said.

As well as Just Stop Oil, the minister specifically targeted movements in insulated Britain calling for housing or the environmental movement Extinction Rebellion, the latter of which has planned a rally in the British capital this weekend.