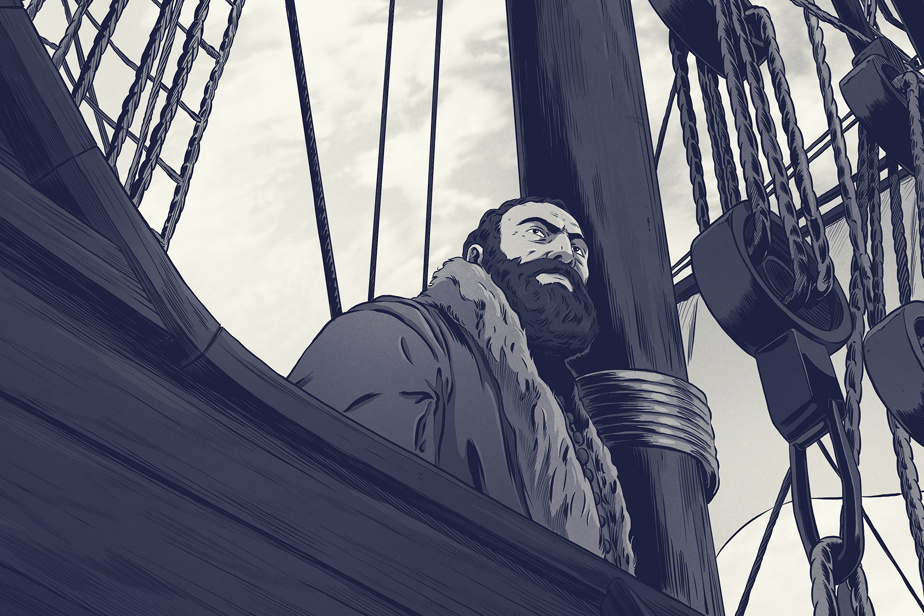 His name is written very high in the history of navigation. Magellan, the ambitious explorer who started the first circumnavigation by boat, is the subject of a documentary series shown on TV5, which cleverly combines live action and animation.

Embarking on sea exploration in an era of “great discoveries” means embarking on the unknown. Christopher Columbus was looking west for a route to India when he ran to America. The map of the known world expanded during the expeditions, and the desire to dominate European crowns grew at the same rate.

Magellan’s Extraordinary Voyage Falling back into this fascinating era, it marked the world and its traces still exist.

From these explorations actually flowed colonial movements that reshaped the map of the world and the slave trade on a large scale.

Divided into four episodes, the series first follows Magellan’s life and the context in which he develops his plan to find a route south of newly discovered Brazil to the Moluccas, today part of the Indonesian archipelago. , there is a rare spice, clove.

The documentary series emphasizes this without over-emphasizing it: the spice trade was one of the main drivers of these adventurous pursuits. These spices occupied a special place in the economy and were used as currency, which is the origin of the expression “pay in cash”.

A planted historical framework, the series focuses on the figure of Magellan. She paints a portrait of a dedicated soldier and experienced navigator who is frustrated by the Portuguese sovereign’s lack of recognition for the services he has rendered. This prompted him to propose to the neighboring crown, Spain, to annex the famous archipelago of the Moluccas in his name.

Magellan weighed anchor in April 1519 at the head of a fleet of five ships and about 240 sailors, and the voyage is told by the Italian Antonio Pigafetta, one of those on board. Already dangerous on paper, his expedition quickly turned into a menace: the Spanish captains instigated a mutiny before the boats could cross the mouth of the Guadalquivir, which overlooked the Atlantic.

A slow but very intriguing story, Magellan skilfully juggles between the two frontiers he has to contend with: on the one hand, he faces fierce seas and plunges into the unknown, and on the other hand, faces some dissent. its staff.

The story sets an epic yet solemn tone for the documentary and the exploits of the sailors, only 30 of whom survive the voyage. Magellan, who died in the Philippines, would not see its end.

Magellan’s Extraordinary Voyage The “talking heads” that contribute so much to the adventure in progress, the characteristics of the navigators needed to carry it out, and the historical elements necessary to fully understand the behind-the-scenes games.

However, the series stands out for one aesthetic trick: the clever use of animated sequences to reproduce so-called “period scenes”. This reliance on drawing not only brings to life Magellan and the storms he encounters, but also gives impetus to a classic series that lacks form, albeit fascinating subject matter.

From Monday at 8pm on TV5

READ  The Vatican judges the "Lady of the Cardinal"