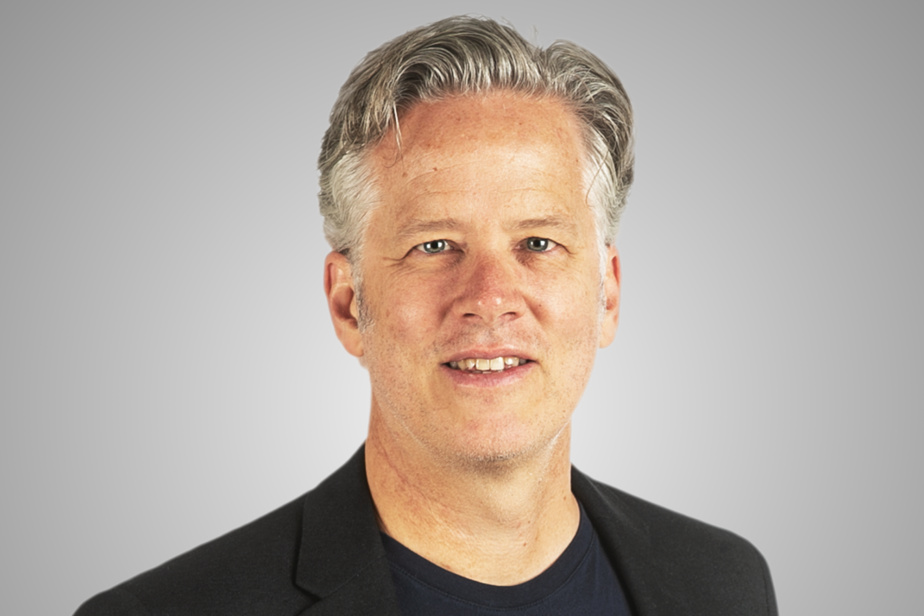 From his office, a storage room that makes up half of his business, Jimmy Zubris can see all the customers going to checkout. They are often regular. Loyal customers who come to buy school or office supplies, make photocopies, print documents. Or say hello.

“I like seeing who’s going and talking to customers,” he says. This introduction is important for small shops. »

Practically all of my children’s school bags, notebooks, pencils, calculators have been purchased since elementary school at Papeterie & Photocopie Zoubris, which offers a school supply list service with personalized labels.

When I moved to Mile-End 30 years ago, Jubris moved into its current premises, on Park Avenue, between Bernard and Saint-Viator. It has been in some addresses in the north since 1982.

The small family business celebrated its 40th anniversary in August. Its founder, Jimmy’s father, Evangelos Zubris, maintains his own office in the same cramped quarters as his son, although he is unable to manage the day-to-day business. “He comes three or four times a week, he goes to the bank, he meets his friends,” Jimmy explained to me.

Evangelos Zubris immigrated to Montreal from Greece in the 1950s. He met his wife there, also from Greece, in the neighborhood. “It used to be a more Greek neighborhood,” recalls Jimmy Zoubris, whose uncle owned a photography studio across Park Avenue from the early 1970s.

Respectable businesses such as the Nouveau Falero fish shop, the Milos restaurant or the PA supermarket have survived the passage of time. Puppetry & Photocopy Jubris has become a must in Mile-End, as have Saint-Viacher and Fairmount Bagel, Chesky Bakery, Rialto Theatre, Cafe Olimpico or social clubs.

READ  Buyers are likely to call everyone who looks appropriate, if there are only a few

In its list of “51 most cold planet”, published last week, Time is up Jimmy Zubris made Mile-End fifth by naming the business he runs with his sister Demetra. Stationery is rare in the list of fashion businesses.

We never thought we’d necessarily stay in the neighborhood, but it’s true that there are a lot of people who call us for advice on what to do in Mile-End. We have become the center of Acès-Montréal!

Jimmy Zubris’ personality had a lot to do with it. His calm and reassuring presence, his good nature and his values ​​made him a popular character not only in Mile-End but in Montreal in general. He can be heard weekly on CJAD Radio, and for the past five years, he has served as a special advisor to Mayor Valerie Plante.

“I deal a lot with cultural communities, business partners, people who don’t know where or who to turn to. I try to help them,” said Mr., who studied political science at UQAM under Richard Bergeron and was vice-president of Projet Montreal for six years. Jubris said.

Jimmy Zubris, 58, grew up in the Park-Extension District, also heavily Greek at the time, and later in Laval. But he’s always been close to Mile-End, which he’s seen evolve from a neighborhood of Greek, Italian and Jewish immigrants from Eastern Europe into a popular spot for artists, students and their like. Hipster.

He played football in the neighborhood with the Sun Youth Organization team and started working in his father’s business as soon as it started in 1982. “Between classes, I made deliveries, I came to the store. Me and my two older sisters worked there. Then when my father decided to slow down, my sister and I took over. »

He didn’t want to take over the family business at first. “I got involved in politics at a very young age,” he says. But I felt that I had some responsibilities towards the family. I love the family business. I like interacting with customers. I like being in the neighborhood and having a morning coffee in the park or Saint-Viator. »

He maintains this special link with the people of the neighborhood. As a service to many Hasidic Jewish users, it provided computers that enabled them to access the Internet and print documents. When he had to be hospitalized urgently for Covid-19, a year and a half ago, his attending physician was one of his clients.

Does he sometimes fear for the survival of his local business with competition from Bureau N’ Groce and Dollarama? “When Jean Coutu next door opened, everyone said we were going to close. Then there was a Dollarama and told us the same thing. Our business model is different. We sell better quality products like high-end Clairefontaine notebooks and we offer personalized service. »

Some customers, no longer live in the neighborhood, but return each year to buy dairy or school supplies. “We have second and third generation customers. Your children are now coming to buy their supplies without you!”, he pointed out to me with a smile.

One day, perhaps their own children will do the same.