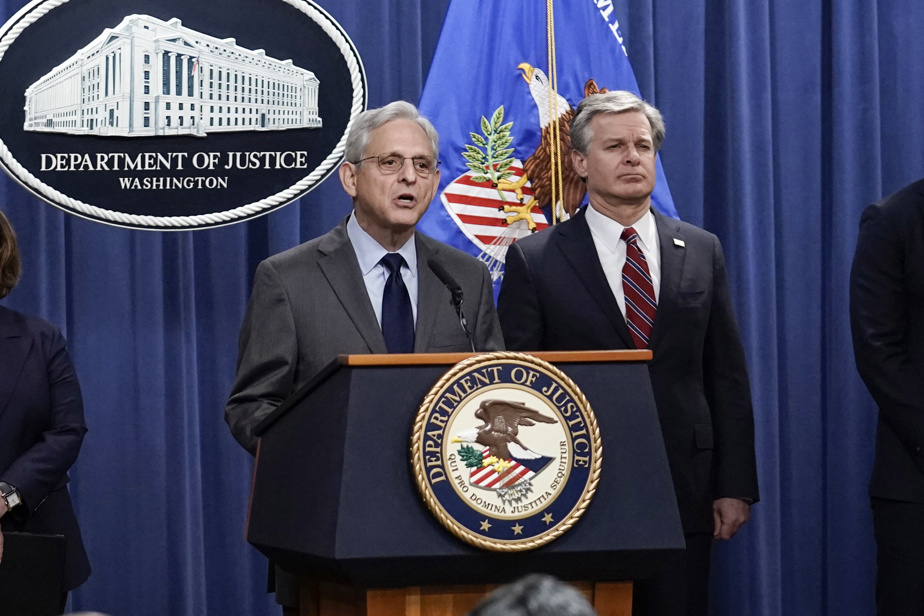 Chinese agents track down fugitive farmer on Canadian soil, others try to bribe US official in exchange for information on arrest of Huawei’s chief financial officer in Vancouver: Indictments on Monday in New York, US officials reaffirm Canada’s importance as a target for Chinese security services.

US Attorney General Merrick B. Garland and FBI Director Christopher Wray announced the indictments on Monday against 13 alleged collaborators of the Beijing regime. The announcement came two days after the end of the Chinese Communist Party Congress, which reinstated President Xi Jinping.

Two of the suspects, who are permanent residents of the United States, have been arrested, while the others, believed to be in China, have not been arrested and are at low risk of arrest.

“These allegations of People’s Republic of China intelligence agents and government officials – obstructing the investigation of a Chinese company, impersonating university professors to steal sensitive information and attempting to forcibly return a victim to China – further expose the extreme behavior of the People’s Republic of China. China is within our borders,” the FBI said. Director said.

Two prosecution cases in particular affect Canada. According to an FBI investigator’s affidavit filed in US federal court, one of the two suspects still at large, Dong He and Zheng Wang, are agents of the Chinese spy service.

Two men reportedly paid tens of thousands of dollars in Bitcoin to a US government employee they believed was being recruited to serve China, but was actually acting as a “double agent” and feeding them false information.

According to a court filing, the two men were seeking information related to an American investigation into telecommunications giant Huawei.

The case led to the arrest of the company’s financial director, Meng Wanzhou, by Canadian authorities and subsequent detention in Vancouver from December 2018 to September 2021, following an extradition request from the United States, which wanted her tried for bank fraud. .

According to excerpts released to the court, the Chinese spies’ exchanges with the double agent who guided them on the boat were sometimes comical. They messaged the American officer to call them from a telephone booth, for further discretion.

“I don’t really know if it still exists,” he replied.

“Can you check tomorrow if it’s there?” “, insisted the two spies, who conducted their operations from China without a presence on the ground.

An FBI investigator’s statement made it clear that Chinese agents were specifically requesting information about extradition proceedings during Meng Wanzhou’s detention. Even after the Huawei executive was released they continued to pay their “root” in the US government and try to find out about other threats to the telecom giant and its executives.

In another filing made public Monday, seven people, including two Chinese citizens with permanent resident status in the United States, were charged with allegedly participating in a campaign of harassment targeting a fugitive on the run in the United States. York State has been targeted by allegations of embezzlement in China.

According to the FBI, the campaign was part of Operation Foxhunt. China has described the Fox Hunt as an international anti-corruption campaign aimed at legally identifying fugitive criminals, including former senior officials or corrupt politicians.

“Some people may well be wanted on traditional criminal charges and may even be found guilty as charged. But in most cases, Communist Party General Secretary Xi Jinping wants opponents: political opponents, dissidents and critics,” a US Justice Department official has already explained.

As part of Monday’s indictment, the FBI said Chinese security officials offered their target to Toronto to negotiate his surrender because emissaries from China to do so were unwilling to set foot in the United States. .

In a summary of the investigation filed in court, the investigator on the file indicates the target was placed in telephone contact with another former fugitive, a refugee in Vancouver, and recycled as an agricultural producer. The latter voluntarily agreed to return to China for trial in 2018. He said he received proper treatment and was able to return to Canada after the verdict in his country of origin. An agricultural expert was also sent from China to look after his Canadian farm in his absence.

Press It was previously revealed in 2020 that a suspect arrested by the FBI for his involvement in Operation Foxhunt had placed a Chinese government official in Canada to coordinate a covert intimidation campaign.

According to court documents filed in California, the defendant admitted to American investigators that he traveled to Canada to receive instructions from a Chinese official who had a visa to stay in Canada and was coordinating a hunt for fugitives in North America.

The Chinese Embassy in Ottawa said Press All these allegations are just “rumours and slander”.