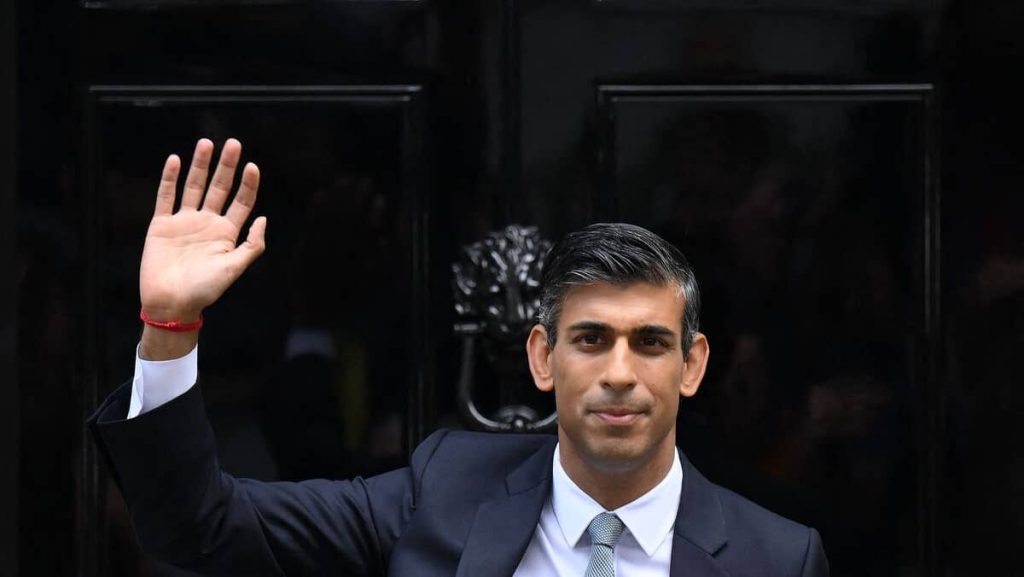 New Prime Minister too far from British realities? Amidst the cost of living crisis, Rishi Sunak’s enormous wealth is already drawing criticism from the opposition.

• Also Read: Caviar and lobster on the menu for Larry the cat at 10 Downing Street

Rishi Sunak, the first Indian-origin Prime Minister in the history of the United Kingdom at the age of 42, passed through schools and top universities and married a multimillionaire from the bank Goldman Sachs, who is also the richest British leader in the country.

Mr Sunak and his wife Akshata Murthy’s wealth is estimated at 730 million pounds ($1.14 billion) in the latest Sunday Times ‘Rich List’. The couple own a stately home in the Prime Minister’s constituency in the North of England, a home in London’s affluent Kensington neighborhood and an apartment in Santa Monica, California.

Rishi Sunak, a supporter of spending cuts to curb inflation without resorting to borrowing to support households, warned when he took office on Tuesday that many Britons would have to make “tough decisions” to deal with the financial crisis they suffer every day.

“Sunak and his wife are sitting on a fortune of £730,000,000. This was double the fortune estimated by King Charles III. Remember that when he talks about making ‘tough decisions’,” said Labor MP Nadia Whittom.

This is twice the estimated wealth of King Charles III.

Remember this whenever he talks about making the “tough decisions” that working class people pay for.

READ  The Russian negotiator is seeing 'progress' in the talks

The opposition has made the fortunes of the new leader a particular point of attack, believing that his ultra-rich lifestyle makes him incapable of understanding the plight of the population.

The new Prime Minister will see the benefits of the 1%. 99% must pay for their protection.

Born in southern England to parents of Indian descent, Rishi Sunak was the eldest son of a general practitioner and pharmacist in the public health system. He quickly rose to the top by attending Winchester College, a very chic boarding school for boys.

After studying at Oxford and before entering politics, he worked in finance, notably at Goldman Sachs, and founded his own investment firm.

His wealth amassed during his career in finance is unknown, but his wealth grew further in 2009 when he married Akshata Murthy, daughter of an Indian multi-billionaire.

Already in April, when Mr. Sunak was finance minister, revelations that his wife was enjoying advantageous tax status sparked controversy as prices rose across the country. She had to give it up under pressure.

According to a poll by the Savanta ComRes Institute, the first word that comes to mind when asked about their new leader is “rich”.

“You could say that ‘wealthy’ is probably a derogatory word in the UK,” Savanta ComRes’s Chris Hopkins told AFP, adding that the words ‘competent’ and ‘smart’ were also mentioned.

While most Britons did not know about Mr Sunak’s wealth before the dispute over his wife’s tax status, he said his wealth would now be “hard to swallow” if he announced measures that did not affect him personally but would eat into the household budget.

However, for many observers, the problem was not his luck, but his inability to understand the plight of ordinary human beings.

As the former minister campaigned for Downing Street, Mr Sunak “completely fails to understand and empathize with ordinary people whose lives depend on the decisions the Prime Minister makes”, The Mirror newspaper wrote this summer.

In a country where disparities between social classes are more visible than elsewhere, Rishi Sunak tries to play the typical British card, repeating at will that he worked in the family pharmacy as a teenager.

But some of his outings, he boasted, were that when he was young, he had no working-class friends. Lately, his expensive gadgets or the Prada shoes he wears in campaigns have been mocked by rivals and he has appeared to struggle to use a simple bank card.