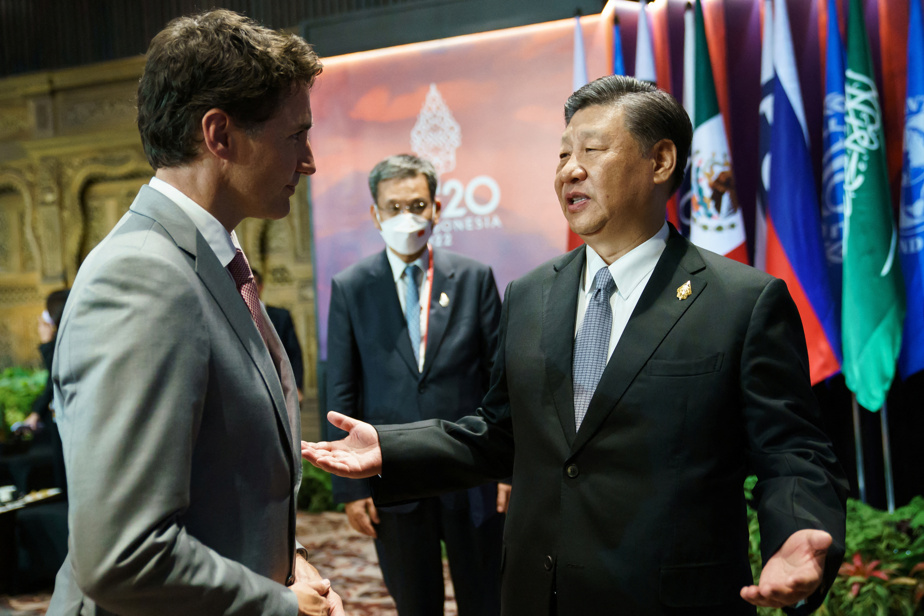 (OTTAWA) Prime Minister Justin Trudeau says he was never told that any candidates in the 2019 federal election received funding from the Chinese government.

A Global News report earlier this month cited unnamed sources as informing Trudeau last January that China had tried to interfere in Canadian politics by funding at least 11 candidates in the 2019 federal election.

Opposition MPs repeatedly questioned the Liberals in the House of Commons this week, demanding they reveal the identities of the candidates involved and what Canada intends to do about China’s interference.

Responding MPs, like Deputy Prime Minister Chrystia Freeland, got away with saying only that elections in Canada would be free and fair.

From Tunisia, where he is wrapping up a 10-day tour of Asia and Africa, Trudeau said the government has not publicly identified any of these candidates because it does not know who they are. He said that he came to know about these allegations through the media.

“I can tell you clearly: I have no information about federal candidates who have received money from China,” he said.

He also pointed out that intelligence and security officials keep him informed. No one informed him about these allegations.

On 14 November, the Liberals backed a motion introduced by the Conservatives to a House of Commons parliamentary committee to expand the investigation into foreign interference to “discuss media reports that the Chinese Communist Party worked to influence the 2019 federal election”.

The Liberals said they supported the motion because they believe the global report raises questions that officials need to answer. The resolution asked the government to provide within a week all “relevant” briefing notes, memoranda and documents submitted to the Prime Minister and cabinet members on the matter.

READ  Women want the right to be topless

“I have asked those responsible to thoroughly examine these media reports and provide all possible answers to the parliamentary committee that will follow up on these issues,” Trudeau said Sunday.

Canada is at loggerheads with China over strained relations between Prime Minister Trudeau and President Xi Jinping at last week’s G20 summit in Bali.

The Chinese president denied giving the media some details of their exchange the day before Mr. Trudeau’s meeting.

Speaking to Mr. Trudeau in front of the cameras, he criticized the prime minister for sharing things that President Xi discussed privately with the media.

“Everything we talked about was leaked to the media, which is not right, the Chinese premier condemned. And the conversation didn’t go that way. »

At that time, Mr. Mr. Trudeau Interrupting Xi, he continued to speak, saying, “We believe in free, open and clear communication, and that is what we will continue to do. We try to work together constructively, but there are things we disagree on. »

Trudeau spoke with Xi on Tuesday and expressed concern about Chinese interference in Canada, his cabinet said. The prime minister did not specify what kind of interference it was, but the comment follows allegations that Beijing is running de facto police stations in Canada and that China is meddling in the 2019 federal election.

Chinese Foreign Ministry spokesman Mao Ning has also vehemently denied that China has interfered in any other country’s internal affairs. She blamed Canada for the deterioration of diplomatic relations between the two countries.