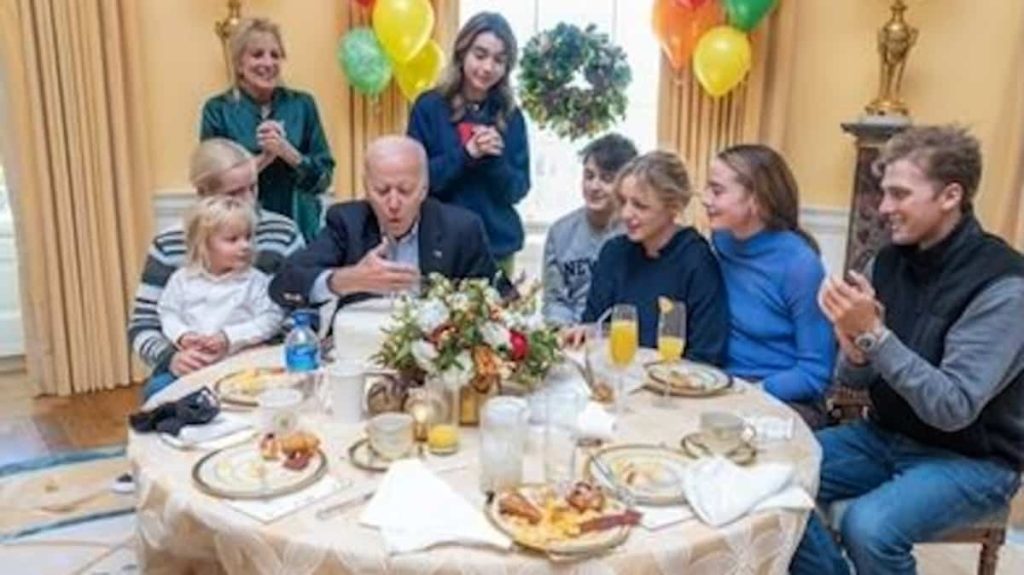 It’s the first time a sitting US president has turned 80, but Joe Biden, whose age has been the subject of debate as he plans to seek re-election, didn’t mark the occasion Sunday.

His wife Jill Biden took until late afternoon to post an affectionate message with two photos of the couple dancing in tuxedos and gala attire.

“I don’t want to dance with anyone. Happy birthday Joe! I love you,” the first lady tweeted.

It was the only publication from the White House that did not plan any public event for Sunday and did not specifically indicate how the president would celebrate his birthday.

On Saturday, the president celebrated another important family milestone at the White House: the wedding of his granddaughter Naomi, closed to the press.

The Democrat is also considering discussing his 2024 presidential bid with the family. So far, he has repeated that he “intends” to start and has promised to make his decision public early next year. .

According to various polls, a majority of Americans reject the idea of ​​a new candidacy.

If Joe Biden is not an exception in the American political scene, it is not uncommon to see influential people past the age of 70 or 75, but the midterm elections ushered in a change. generation in his party.

For example, the highly influential Nancy Pelosi, 82, stepped down on Thursday to run for a new term as speaker of the House of Representatives.

The US President underwent a detailed medical examination a year ago, which concluded that he was “strong” and in “good health”.

READ  Biden under pressure from left to reform Supreme Court

But Joe Biden, like other presidents before him, bears the marks of an exhausting function.

It’s hard to forget his age now, beguiled by his sturdy gait and a few moments of confusion.