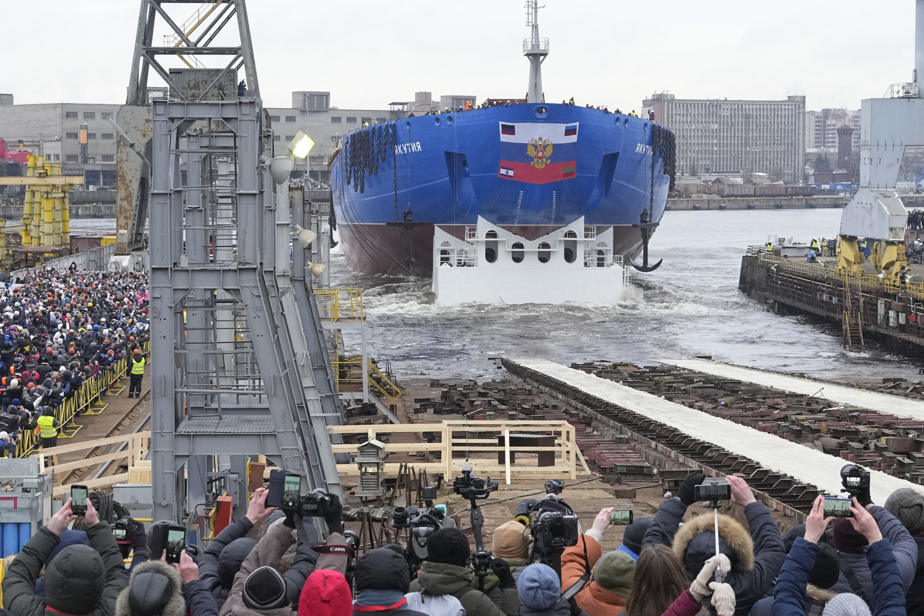 (ST-PETERSBURG) Russia on Tuesday launched a new nuclear-powered icebreaker that would facilitate hydrocarbon exports to Asia via the Arctic, as Moscow relaunches its energy strategy amid Western sanctions against its aggression in Ukraine.

“Development of the (Northern Sea Routes) will allow Russia to fully realize its export potential and establish an effective logistics route, including in Southeast Asia,” Russian President Vladimir Putin said in a speech broadcast via video conference at the opening ceremony in St. Petersburg. .

The new nuclear-powered vessel is more than 170 meters long and can break ice up to three meters deep. It is the third copy in a series launched by atomic energy giant Rosatom.

He was baptized Ural According to Rosatom, a tribute to Russia’s Ural region, it will have a maximum crew of 54.

Its expansion should make it possible to assert Russian dominance in the Arctic, a strategy envisioned by Vladimir Putin, as Moscow counters the ambitions of other powers.

According to Mr Putin, “Ural” will operate in the Arctic “from December”, Russia will first produce liquefied natural gas (LNG) destined for Europe.

One of the routes through the Arctic’s frozen waters, the “Northern Sea Route,” is now more easily navigable thanks to melting ice caused by climate change.

Moscow hopes that by linking the Atlantic, Pacific and Arctic oceans it will be possible to increase the transportation of hydrocarbons to Southeast Asia.

Russia, the world’s sole builder and operator of nuclear icebreakers, has also launched it YakutiaFrom the same seriesUralBut its effective entry into service is not scheduled until “late 2024,” according to Vladimir Putin.

A massive nuclear-powered Russian ship, more than 200 meters long, will also be launched in 2027.