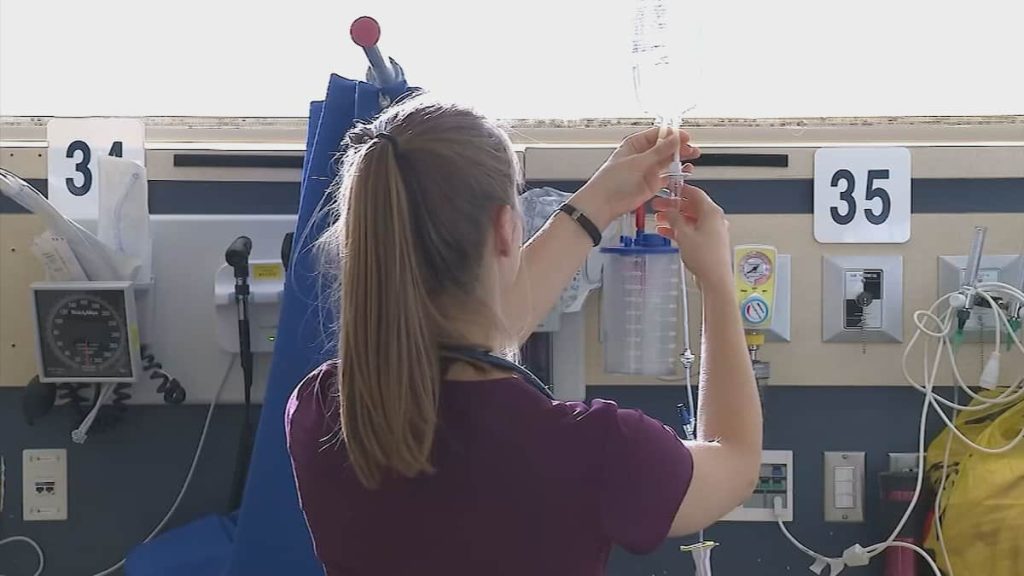 While Quebec is trying to attract health professionals to the network, a recent call of order is having the opposite effect on clinical nurses, who have learned they will be paid less than their promised salary.

• Also Read: Increase in number of nurses in private agencies in Quebec

These new clinical nurses, hired after November 1, will earn less than their colleagues who started before that date. The ministry said it has called on CISSSs and CIUSSSs to order payment of new clinical nurses without previous experience at one step in their pay scale.

One was promised a seventh-level salary, but the company backtracked after a week.

“The ministry has called CISSSs, CIUSSSs and CEOs to say these are non-compliant practices. Now, by November, you must put an end to these non-compliant practices and take new appointments at the salary level,” explained the temporary president of the Union of Care Professionals of Maurice and Center-du-Quebec (MCQ), Patricia Maillot.

According to the collective agreement, inexperienced clinical nurses are to be recruited at level one.

A clinical nurse who has been working for many years has encountered the opposite situation. When she started, she was paid the first step, and after a few months, her company offered new hires a higher salary.

“I was able to wait till April 2019 to submit my BAC paper and I was appointed in the eighth stage. We’re talking about a six-month affair that has ramifications. I lose a few thousand dollars a year.

She adds that CIUSSS MCQ has been following this practice for a few years because of the difficulty in retaining the workforce.

Aspirants who are still on the school benches, do not like the measure.

A student from the University of Quebec in Trois-Rivières replied, “I find it a shame.”

The Ministry of Health confirmed that the rules must be followed. The collective agreement of the Fédération interprofessionnelle du Québec is effective October 10, 2021.