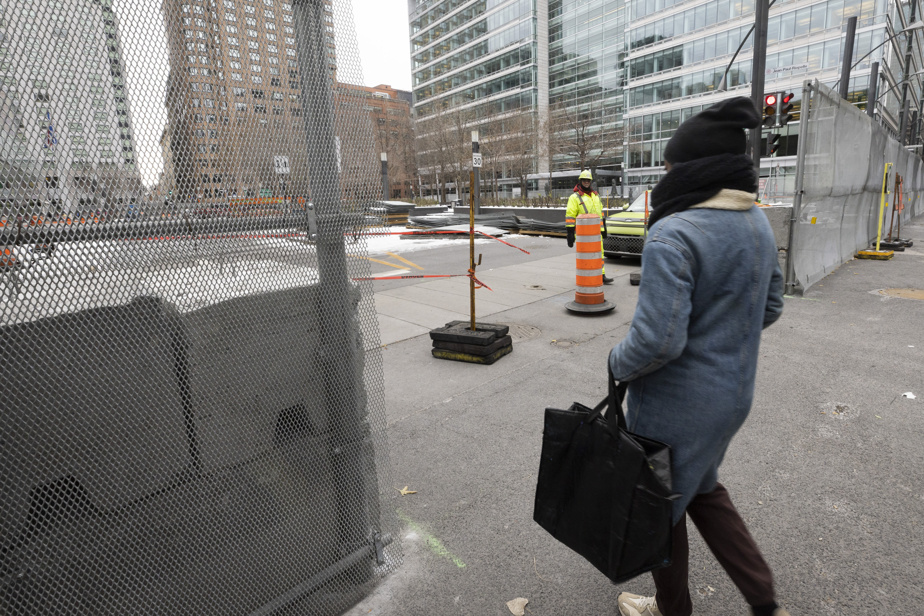 High-security fences installed in the city center as part of COP15 will remain in place until mid-January, a month after the international event ends. Many complain that traffic is severely affected during the holidays, especially around Place Jean-Paul-Riopelle, which is condemned during this period.

Public notices distributed around the city of Montreal over the past few days indicate the fences will remain in place until mid-January, much to the chagrin of some merchants who already fear significant financial losses from the barriers.

According to several sources familiar with the matter, the reason is simple: the contractor has until next January 20 for the installation of these fences sanctioned by the Royal Canadian Mounted Police (RCMP) in Saint-Denis Thompson. To eliminate all security infrastructure.

Officially, COP15 ends on December 19, but “further negotiations” may extend the presence of international delegations in the metropolis by a few days.

The law shuts down “all construction sites” except for the mandatory annual construction holiday, which will be held from December 25 to January 7 this year.

However, installing these majestic fences takes a long time. Their development, which began on November 14th, will continue until the 27th, so their demolition will also take a long time.

“This is the case for all the streets in the perimeter,” confirmed Philippe Sabourin, an administrative spokesman for the city of Montreal, reiterating that the municipal administration has no authority over the RCMP contract. She did not respond to the questions Press On topic, Thursday.

At Place Jean-Paul-Riopelle, which will be completely closed to cars, bicycles and pedestrians for the duration of the Congress to ensure safe travel for dignitaries and delegates, some businesses are already fearing the consequences of major disruptions to traffic. in sight.

For the co-owner of Toke! According to Christine Lamarche, it is incomprehensible that the barriers will be there until January. “I was blown away by it. I don’t understand. We were closed from December 24th to January 8th, but honestly, I was hoping that when we got back, the fences wouldn’t be there anymore. This will be my fight at the end of COP15, she said. We remain open, we once again demonstrate resilience, but what we like least is not really knowing ahead of time. »

It was learned that everything in the area will be closed at the last minute. Our staff was under pressure and asked if we would have to be laid off. After two years of pandemic, it is not fun to live like that.

His team says they are already seeing impacts on daily traffic, especially at lunchtime. “We have information, yes, on the other hand, often between the information we have and the reality, there are many distortions. And really no dialogue is possible”, she insists.

“I don’t know if we’re going to get out of it, but unfortunately, that’s the reality of the restaurant business,” commented Lucio Daddario, owner of Café du Parquet.

The Caisse de dépôt et placement du Québec (CDPQ), which owns the Jacques-Parisou building where his business is located, has already “recommended that all employees telecommute from December,” he said. “These workers, for us, represent 50% of our clients. If the building is in slow motion, there will be no lunches. We will be the only ones to have lunch. So, in addition, if no one from outside comes in, we will be very affected,” the trader summed up.

“There’s always a way to mean”

Commercial Development Company (SDC) Montreal’s downtown general manager, Glenn Castonheira, fears many implications for “organizations like Toque!, or Humanity Hotel’s H3” at the center of the perimeter and security barriers.

READ  Quebec has reduced its budget deficit to two billion

“It is very difficult to understand why we want to leave these fences after COP15. I understand that there is a resource problem, but it will be interesting for the authorities to estimate how much it costs companies, compared to the cost of paying workers to remove the fences quickly, “said Mr. Castanheira, who claims. to convey his concerns to the Plante administration.

According to him, construction holidays certainly represent a challenge, “but to average things out, there is always a way to find solutions”. “We’re not talking about aesthetics here. We’re talking about removing major barriers in the heart of Quebec’s largest financial center,” said the DG, lamenting like many others who are receiving the information “drop by drop.”