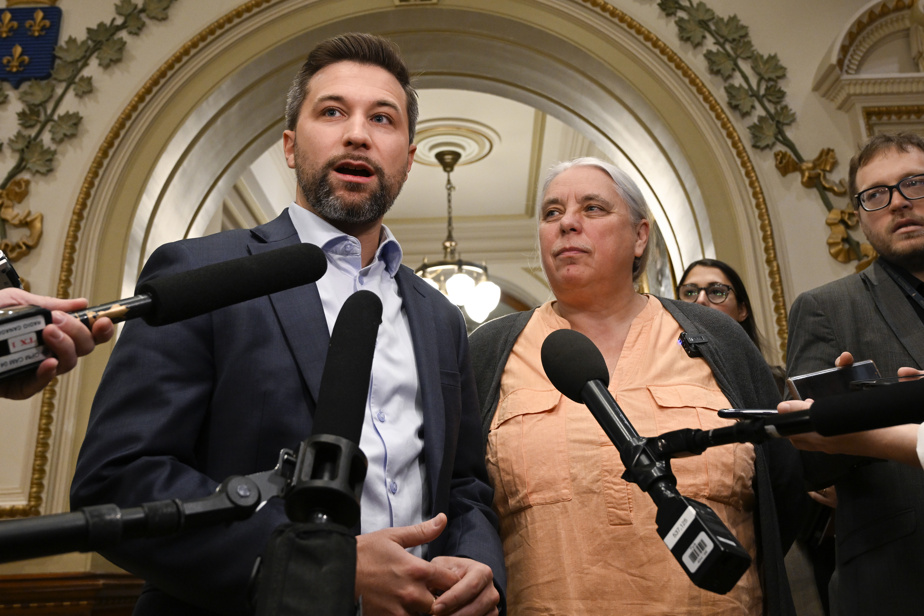 (Montreal) Quebec Solidaire (QS) won’t wait until the National Assembly returns to parliament on Tuesday to propose measures to help Quebecers cope with staggering increases in the cost of living.

On Sunday, the party’s finance officer and new deputy of Maurice-Richard, Haroun Bouzzi, called on the Legault government to be invited to take advantage of a fiscal update to be presented on December 8 to indicate biennial benefits from the Quebec government. Thus they better reflect the evolution of inflation”.

In an interview with The Canadian Press, Quebec Solidaire’s spokesperson for economy, innovation, energy and finance declared that the annual index is inadequate in the current inflationary conditions.

“This year’s inflation adjustment will be done next year. However, throughout the year, the people who are eligible for these benefits are the people who need them the most at the moment”, said Mr. Bouazzi emphasized.

“These are mainly retirees with very low incomes. As their income index is not seen during the year, they suffer from inflation for a full year. […] We think it is Quebec’s duty to let them breathe their way.

The Coalition Avenir Quebec (CAQ) government also made good on its election promise to help people cope with the rising cost of living. More than 6.5 million taxpayers will get one-time help of between $400 and $600 this month, depending on their income for 2021.

However, this does not satisfy Quebec Solidaire, which believes that this type of non-recurring aid will not meet the objective.

“A person making $90,000 and their spouse making $400,000 will still receive a $400 check. This is irresponsible! We need to be more targeted in the assistance we provide to households. You have to be careful during inflation when you inject money into the economy,” Mr Bouzzi said.

“Tax cuts are the same thing. People making $400,000 or $1 million a year are also eligible for tax cuts for next year. This is irresponsible. We believe it is absolutely necessary to target people who are most vulnerable to the consequences of inflation,” he asserted.

“Indexing pensions twice a year is a minimum to protect the elderly from inflation. The federal pension is indexed four times a year and I can’t believe we can’t do it at least twice a year in Quebec,” added Sherbrooke MNA Christine LaBrie, solidarity-related files for seniors, via press release.

In the election campaign that ended on October 3, all parties represented in the National Assembly made the fight against inflation one of their top priorities in the next parliamentary session.

Despite the short duration of this session, QS hopes to address several major issues on Tuesday to help the wallets of Quebecers in dire need. The proposal to index Quebec government benefits twice a year is just one part of the proposals Quebec Solidaire hopes to put forward.

The party also proposes the implementation of government policies to control the costs of rents, public transport and state services.

“We want the costs of schooling, CPE, driving licenses, etc. to be frozen, not just a 3% increase as the government is proposing”, explained MP Haroun Bouazzi.

“Listen, at a time when food banks are no longer able to serve the entire population that comes to see them and when the number of Quebecers is getting closer or the percentage of those who are outright bankrupt is increasing, we cannot afford to remain silent. In front of a government that rewards the very rich,” he summed up.