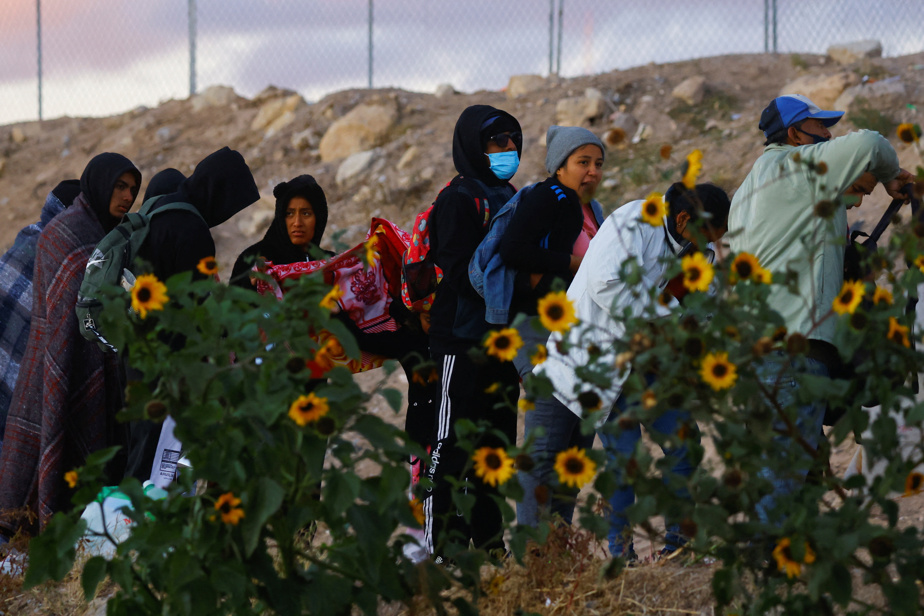 (Ciudad Juarez) An unusual flow of migrants was recorded at the Mexico-United States border a week before the lifting of Title 42, the restrictive immigration measure that was reactivated during the pandemic.

Hundreds of people from Colombia, Ecuador, Cuba, Peru and Venezuela waited at the Juarez/El Paso border Wednesday to seek asylum from US authorities.

Huge queues have formed since Sunday and migrants have been waiting in very cold night temperatures.

“Hundreds of people are very cold, without food, trying to warm up a bit,” said Fernando García of the human rights NGO, referring to the “decay of American immigration policy”.

Title 42, introduced by former President Donald Trump, allows immigrants to be deported without due process.

In mid-November, a US judge ruled that Title 42 was being used “arbitrarily” to block asylum claims.

The same judge gave the Biden administration five weeks to repeal Title 42 and prepare for a massive influx of immigrants. It will be lifted on December 21.

READ  The iPhone 12 Pro Max display has another 'highest' rating