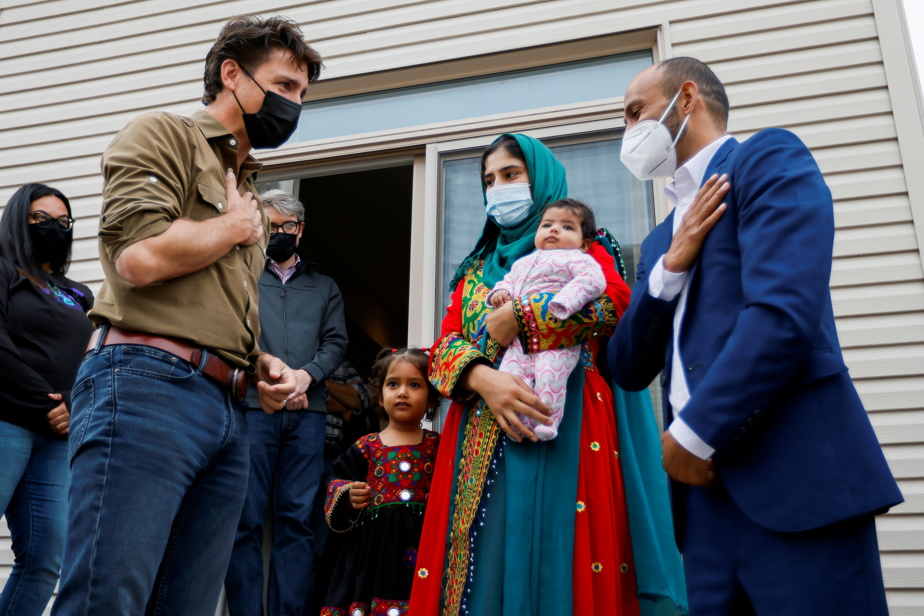 (Ottawa) Canada and its international partners need to do more to support Afghanistan’s neighbors, if at all, to help weaker Afghans flee their now-Taliban-controlled country, a UN official has said.

United Nations Deputy High Commissioner for Refugees Kelly Clements told the Canadian press this week that Iran and Pakistan have no funds to counter the influx of Afghans who have tried to flee the country. He said the Taliban had regained power in mid-August.

Many former demonstrators and their families are facing retaliation from the Taliban for supporting the NATO military mission that Canada, the United States and many other countries have been involved in for twenty years.

Other vulnerable Afghans, especially women, face a grim future under Taliban rule and are expected to flee the country. While waiting to flee, these threatening Afghans are in “safe havens” in their country.

Canada has agreed to resettle 40,000 Afghans, but NGOs say funding to maintain these “safe havens” in Afghanistan is currently drying up, putting 1,700 at risk.

M.Me Clements did not comment on the asylum, but acknowledged that Canada’s commitment to resettle Afghans stands as a solid example internationally. However, she believes much needs to be done to strengthen the capacity of neighboring Iran and Pakistan to accommodate those who manage to escape the Taliban.

She said that even before the Taliban took over, Pakistan had only half of the funds needed to support the refugees, while Iran had received only a quarter. “They really feel that the international community has not given them enough support.”

The United Nations High Commissioner for Refugees (UNHCR) is working hard to help displaced people in Afghanistan, with a record number of people fleeing the countryside for cities following the Taliban’s victory in the latest summer.

This migration created an unprecedented food crisis. Other UN agencies estimated earlier this week that more than half of the Afghan population – more than 22 million – would face severe drought in the coming months.

“People can have all sorts of reasons to leave. But we will try to help them where they are, ”he saidMe Clements. “We are in every province [afghane] And in two-thirds of the districts, and we have many partners who work. ”

She said the UNHCR was able to maintain access to the vulnerable population despite the Taliban takeover. “We have a long history of activism and local support in areas traditionally under Taliban control. So this commitment is not new.”

Those fleeing are confronted with strictly controlled border posts, where documents, visas, passports and other travel documents are required, but very rarely. “We clearly want neighboring countries to allow these people to have security in their own country,” she said.

Canada’s commitment to rehabilitating Afghans seems to be more focused on those already abroad. ButMe Clements said the commitment was greatly appreciated internationally. “We’ve seen other countries raise their hands, I think it’s because of the Canadian leadership.”

Prior to the current crisis in Afghanistan, the country had the third highest number of UN refugees, at 2.6 million, followed by Venezuela at 4 million and Syria at 6.7 million.

She argues that community sponsorships and other UN-funded programs have been very successful in providing refugees with the tools and assistance they need to “earn a living and support their families faster and return to the world. Canada and the community.”