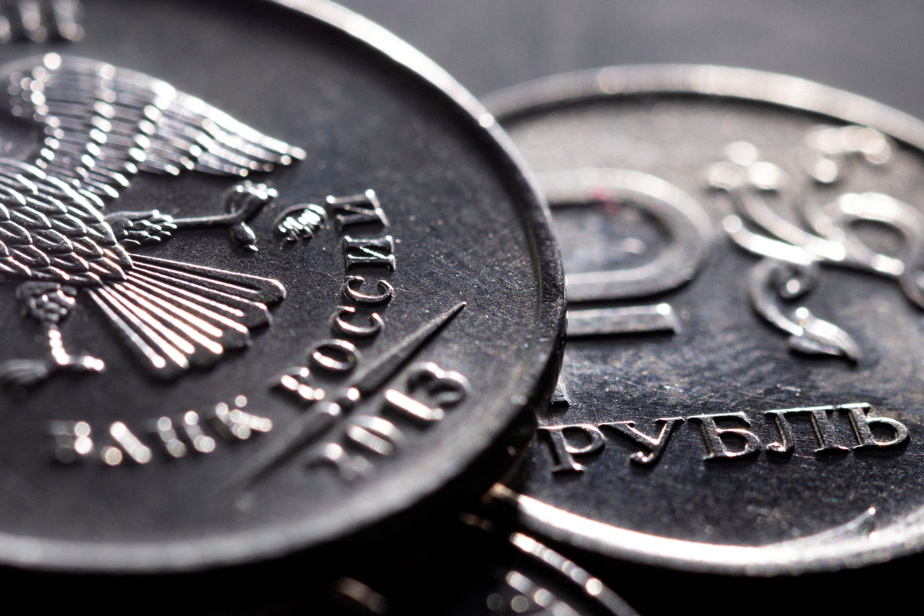 (New York) Russia’s default risk, which increased after the imposition of heavy Western sanctions on the Kremlin, appeared to have eased at least temporarily on Thursday after Moscow paid interest on its debts.

Russia’s Ministry of Finance said in a statement that the money had been disbursed. […] Total value $ 117.2 million […] Implemented ”.

American bank JPMorgan received a payment from the Russian central bank in this direction, confirming to AFP on Thursday the source close to the file without giving details of the amount received.

The Wall Street firm consulted with US officials to make sure it did not violate sanctions imposed after the Ukraine attack, and after receiving their green light, US Bank handed over the money to Citigroup.

It is now up to Citigroup to distribute the required amounts to the bondholders. Russia has 30 days to do this before it can be considered the default on its foreign debt.

Contacted by AFP, neither the JP Morgan group nor Citigroup declined to comment on the operation.

The rating agency S&P, at the end of Thursday, downgraded Russia’s credit rating from CCC to CC, now placing it two places above the rating of countries with default payments.

The agency defended that investors did not receive their payments in dollars due on Wednesday “due to technical issues related to international sanctions”.

However, S&P acknowledged that the government had tried to make the transfers and that it had a grace period of 30 days.

But even if the interest payment due on Wednesday is finally made, it will face similar technical difficulties for subsequent payments, which will put Russia in a “high vulnerability to non-payment of debt”.

Western sanctions in retaliation for Russia’s invasion of Ukraine have crippled part of the country’s banking and economy and led to the collapse of the ruble.

Among other things, the freezing of Russian reserves abroad is worth nearly $ 300 billion.

This raises fears that Moscow will no longer be able to honor several debt repayments in foreign currencies in March-April and is therefore in a default situation. Financial rating agency Fitch warned last week that such a risk was “imminent”.

It took twelve years for Russia to return to borrowing in the markets after defaulting on its domestic debt in 1998, at a time when its economy was volatile due to financial inflows from Asia.

Moscow has since sought to build impeccable financial health, with more than $ 600 billion in reserves, thanks to a much lower debt ratio and oil revenues.

Russia’s finance ministry said on Monday morning that it had sent the necessary funds to the “foreign bank” on Monday, with theoretical $ 73 million in interest on the bond maturing in 2023 and $ 44 million on the maturing bond. In 2043

The Russian government also emphasized that the payment was made in dollars rather than in rubles, an important explanation given that Moscow had repeatedly threatened to repay its foreign loans in Russian currency.

Kremlin spokesman Dmitry Peskov told a news conference: “Russia has all the means and means necessary to prevent a default and the default will not happen.

According to a note from JPMorgan since the beginning of March, the next payment of interest from Moscow is scheduled for Monday, March 21 and is related to $ 66 million.

But, contrary to the now-honored deadline, Russia now has a contractual right to pay in currencies other than the dollar, including the ruble.