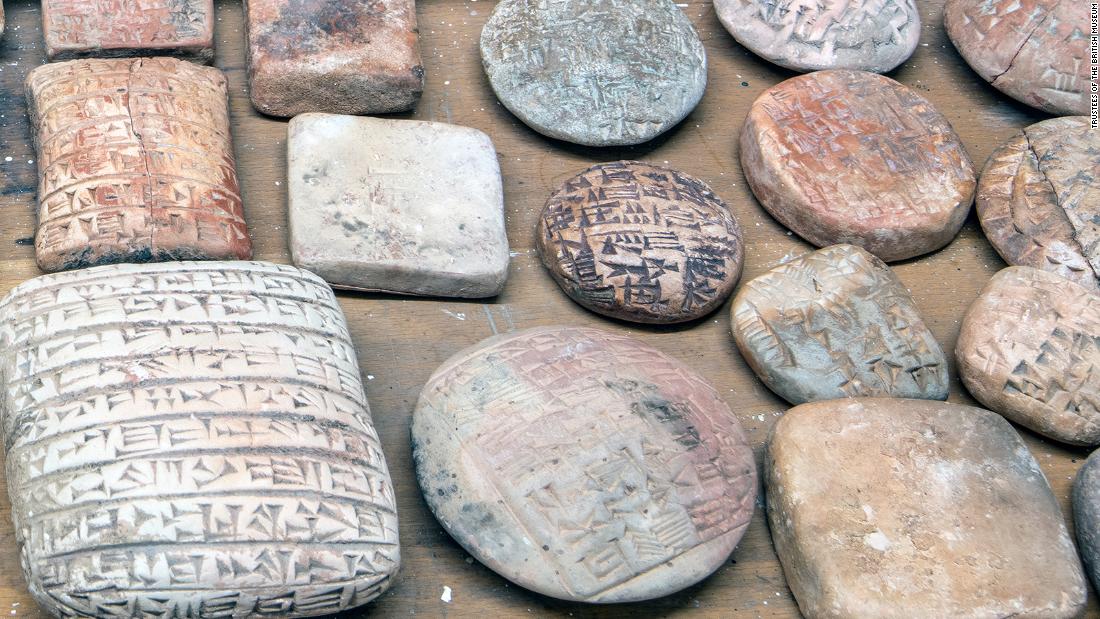 Antique expert always looking for fake artifacts, but one catch was analyzed by staff at British Museum take a biscuit.

Two metal bars sent from Bahrain to Britain were opened by Border Force officers at Heathrow Airport in July.

Officers found up to 190 objects that appeared to be in the form of clay plates, statues and pots from Mesopotamia, modern Iraq, dating from around 2000 BC and 500 BC.

But the shipment quickly aroused suspicion when experts from the British Museum analyzed the pieces.

There is an almost complete range of nail tablets that are known to have been used in ancient Mesopotamia, the museum said in a press release Tuesday.

All tablets are made from the same type of clay that is fired at high temperatures. Credit: Guardians of the British Museum

Cuneiform was one of the earliest writing systems and Mesopotamia was an ancient region located in the eastern Mediterranean.

“It is as if the entire genre of ancient Mesopotamian writing is represented in one shipment: the entire collection is ready for one uninformed buyer,” said a statement from the museum.

“But it was immediately clear that there was a problem; there was not a thing that was ancient.”

While some tablets are covered in real inscriptions, others don’t make sense when read.

Each tablet is made from a similar type of clay, which is not possible if they are original, the museum said.

The shipment also included a number of statues. Credit: Guardians of the British Museum

Another sign of counterfeiting is the fact that they have been fired consistently and at temperatures reached in modern kilns. If they are real, they will be dried in the sun, the museum said.

Fake tablets have been around for 200 years, but this one comes from a new production line, the museum said.

While experts don’t know where they were made, they say the workshop might be in the Middle East.

The tablets are likely to be marketed to unsuspecting buyers with a price tag of thousands of pounds, the museum said.

The item will now be used for teaching and training purposes. Some will even be displayed at the British Museum when it reopens.