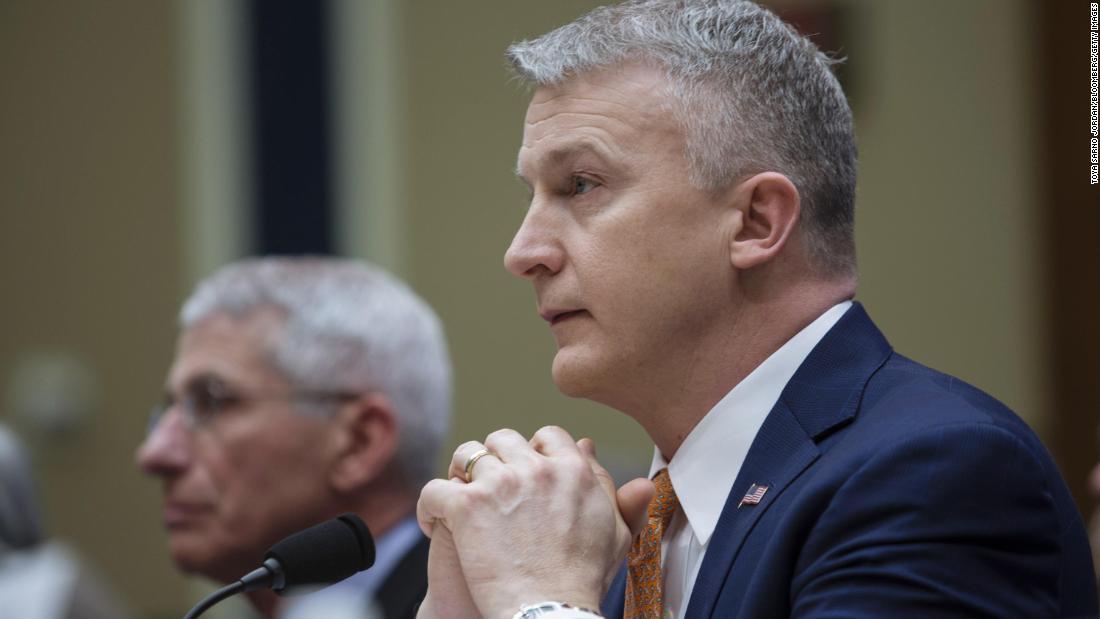 Bright has led the Advanced Biomedical Research and Development Authority since 2016 when he was reassigned last month to a more narrow position at the National Institutes of Health.

In a whistleblower complaint, Bright said he raised concerns about US preparedness for the corona virus starting in January but was greeted with “indifference which later developed into hostility” by leaders in the Department of Health and Human Services.

HHS did not immediately respond to CNN’s comment requests.

His lawyers argued that Bright’s removal from office was in violation of the Reporting Protection Act, claiming that Bright “has been involved in many examples of protected activities.”

In the complaint, he said he was seeking recovery as the director of BARDA and requested a full investigation.

Bright claims the leaders at the agency were shocked by his concerns and responded slowly to the outbreak.

He accused the old dispute with the HHS leadership to be exacerbated by disputes about coronavirus and that he was finally excluded from participation in meetings about the virus.

“Dr. Bright urged that urgent access to funding, personnel and clinical specimens, including viruses, which he stresses are all very necessary to begin the development of life-saving medicines needed if the virus spreads outside Southeast Asia,” the complaint reads. . “Secretary Azar and Dr. Kadlec responded with surprise at Dr. Bright’s dire prediction and urgency.”

Later, Bright claimed he was expelled from a critical meeting for raising initial concerns about the virus.

“It’s clear that Dr. Bright’s persistent demands for immediate action to respond to the pandemic have caused a ‘storm of poop’ and ‘commotion’ and were not liked in the office of the Secretary of the HHS,” the complaint reads. “As a result, the HHS leadership excludes Dr. Bright and BARDA from this repeated meeting and from critical discussions about overcoming the COVID-19 pandemic.”