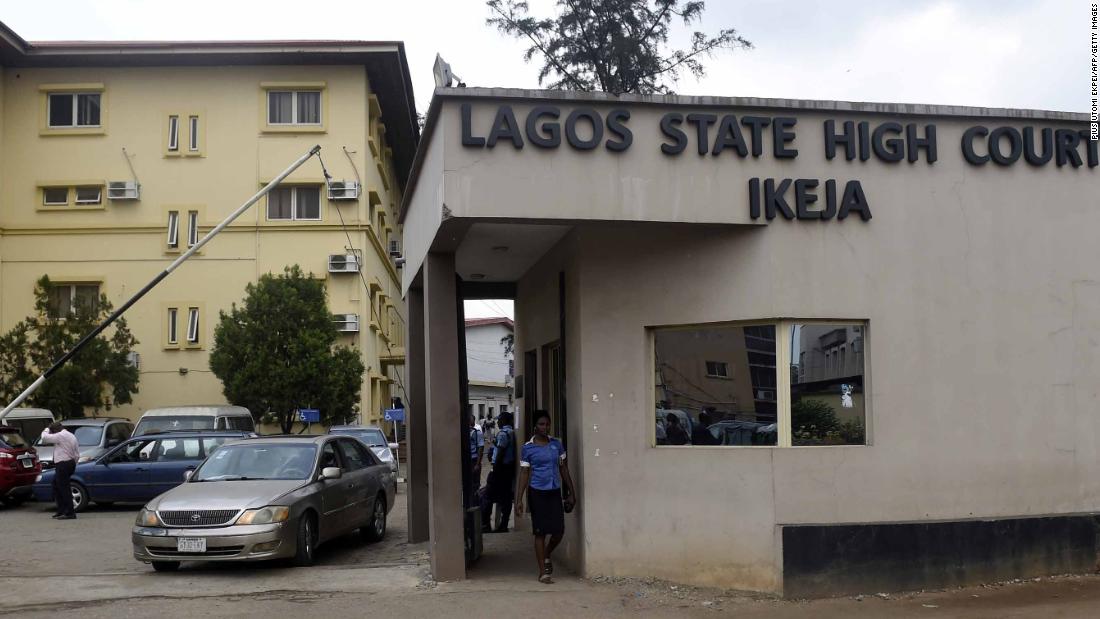 At a virtual court hearing on Monday, Olalekan Hameed was found guilty of murdering his mother’s employer in 2018 and sentenced to death by hanging.

A judge in a Lagos court handed the verdict to Hameed, who appeared far from prison through Zoom, along with his lawyer and prosecutors who also joined the long-distance trial, justice ministry spokesman Kayode Oyekanmi told CNN.

Hamid, who has denied the allegations, remains in prison, Oyekanmi said. CNN tried to contact the suspect and his lawyer for comments.

The court held a session through Zoom to comply with the country’s social long distance alignment guidelines to curb corona virus.

Amnesty International Nigeria Director Osai Ojigho condemned the use of the death penalty in the country and questioned why Monday’s hearing could not be postponed.

“We know many courts are exploring how they can proceed with virtual cases, but the challenge is how much thought has been given to the process for virtual courts,” Ojigho said. “In this case, can this sentence not be postponed to another time?”

“Can we say justice is seen done in this case, does the public have access to this session? It is worth exploring if the process that leads to virtual sitting follows the principles of natural justice and fair trials.”

Oyekanmi refused to respond to criticism of the trial, as did a spokesman for the Lagos state court.

Amnesty International calling for the death sentence to be abolished in Nigeria, where there are nearly 3,000 people in prison, according to Ojigho.

State governors in Nigeria must authorize executions before they are carried out, but some have refrained from doing so in recent years, Ojigho said.

“Nobody wants to be arrested [accountable] to end someone’s life, from the pattern we see. If the government has an internal struggle and is hesitant to sign the death certificate, why don’t we release it from the book? “Ojigho said.