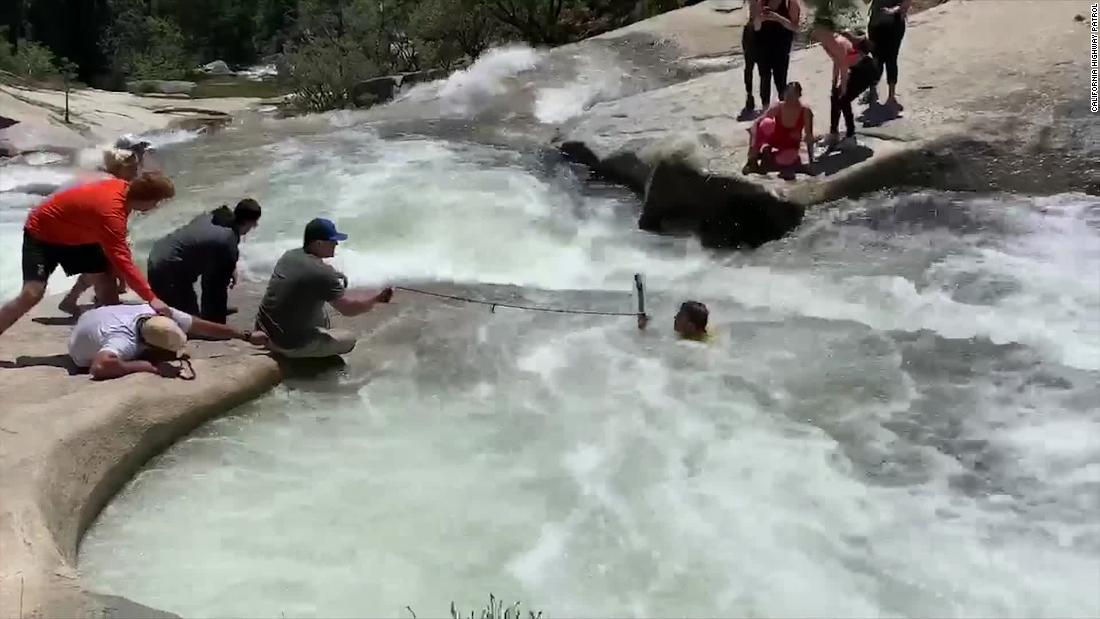 The pedestrian appeared to misjudge the speed of the water when he tried to cross Angel Falls in California, police said, and was trapped in cold springs that flow 50 to 80 feet per second.

Nearby, California Highway Patrol Officer Brent Donley, who is trained in search and rescue, is also hiking in the area near Bass Lake in Madera District.

Donley used a strap from his backpack and tied it around the branch so that the pedestrian could reach it, police said. He threw a branch at the man and then spoke to him through rescue, according to a video released by California Highway Patrol Fresno.

With the help of a group of other climbers, Donley pulled the man, who was not yet named, to a safe place. He gave first aid until the SAR officer arrived.

“This call … could have ended very badly if it hadn’t been for his help,” he said Madera Regency Sheriff’s Office, which urges visitors not to cross the swift water, writes.
Angel Falls is one of the main pedestrian attractions along the Willow Creek Trail, one of the most challenging paths, according to the USDA Forest Service. The trail is almost 3 miles long and has a moderate to steep climb. According to a Local travel site for Lake Bass, Willow Creek trail is dangerous because of the slippery rocks along the road.