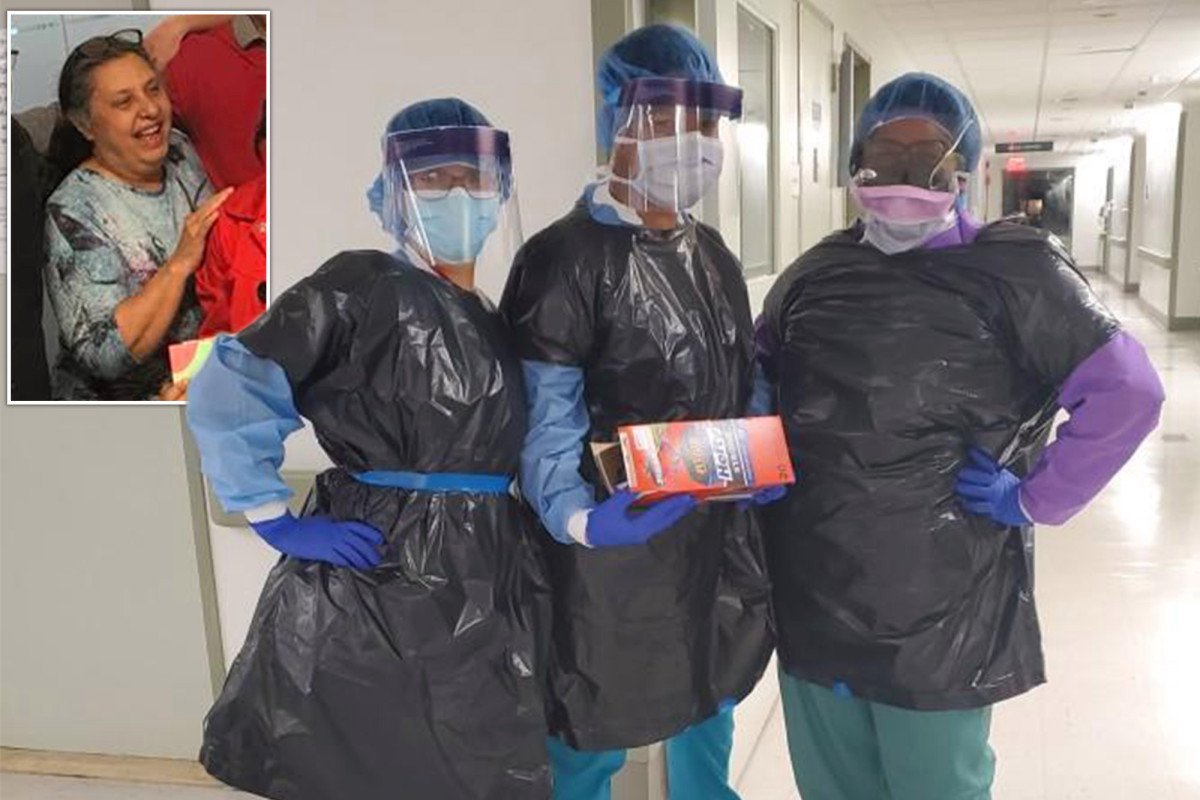 The New York State Nurses Association fired a union representative Thursday who warned the Mount Sinai nurse of “a piece” and warned of an inadequate supply of personal protective equipment, saying, “F-Q.”

Alaimo issued a statement Thursday afternoon about the removal of the nurses at Mount Sinai as a union representative.

“Dear team members, I am writing to let you know that I have been fired from NYSNA. It has been an honor and a privilege to work with you, ”he said in an email.

“I’m glad they finally heard and did the right thing. Everyone should be on the same level,” Torres said.

“What do you think will happen to a nurse who sends an email to any individual? She will be crucified and shot on the spot, but there is no one to defend her / her actions.”

Torres, 33, who now posted the viral photo on Facebook, was begging for supplies and information in February, but continued to be refused by the hospital administration, according to emails he sent to his union representatives.

In mid-March, Torres was annoyed by the lack of persistent gear, and he did not get enough help from the union, so he posted a photo of his colleagues wearing a casual, oversized style of protective attire.

“There is not much clothing in the entire hospital,” wrote Torres, a three-year-old.

When Torres’ picture came out and made it onto the front page of The Post, Alaimo slandered several union members in an email, saying that his outrage was unfounded.

READ  Coronavirus: We could have done factors otherwise, suggests PM

“Diane is not a full f-king [idea] What’s really going on … Tell Diane to shut up F-K, if she has a problem calling me. She didn’t help, I knew she wasn’t working. He is a useless piece, ”Alaimo, NYSNA Area Director of the Mount Sinai System, wrote in an email received by The Post.

“Feel free to share,” Alaimo wrote at the end of the email.

Torres said he did not know Alaimo well and accused the union of verbal stealing from its representative when they described it as a personal fight between the two.

“Most nurses were very supportive and angry at the response to the email and the union after verbalizing our safety concerns … I thank all the colleagues who stood by me in solidarity and took some action from NYSNA,” she said.

“I’m glad they found their voice, and used their power for a positive change. Now more than ever, we need support. No one should try to silence us when we say we are in danger and we are scared for our lives.”