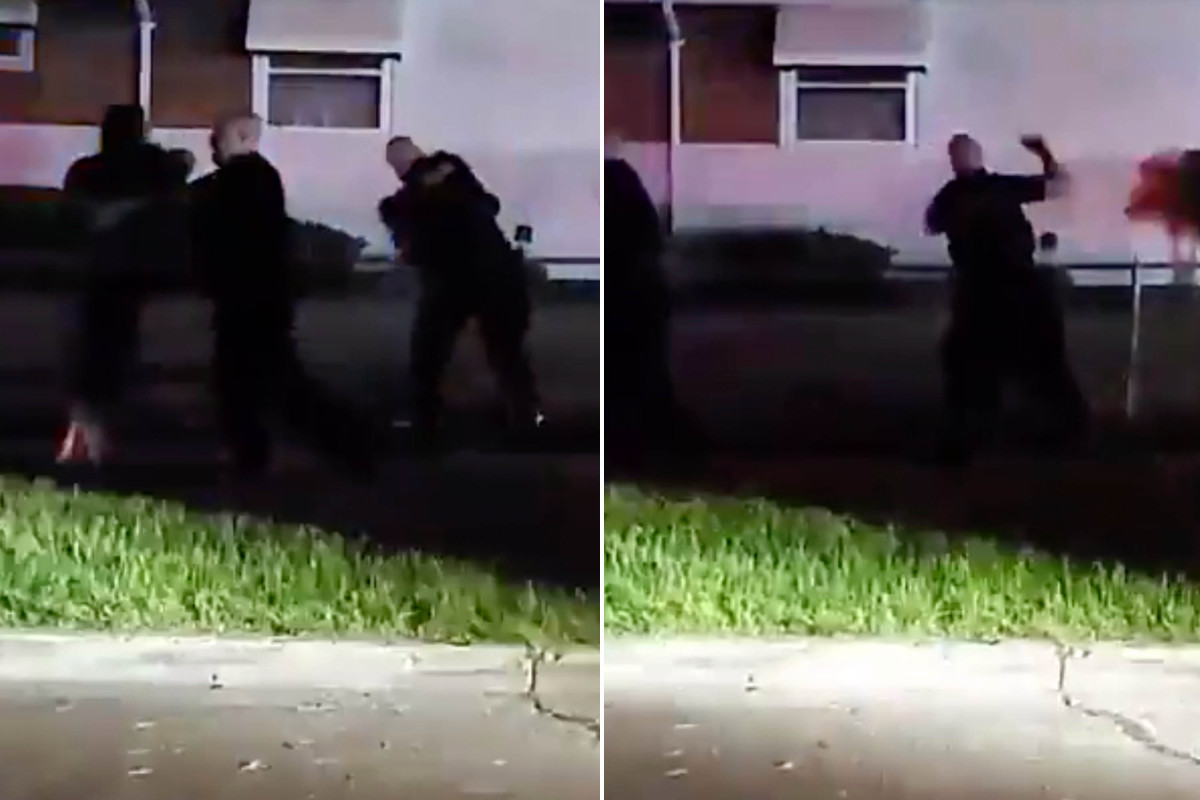 A white sheriff’s deputy is under investigation after being caught on camera allegedly hitting a black woman’s head in Michigan.

Chaos erupted in Ypsilanti Township at midnight Tuesday, as deputies of the Washtenaw County Sheriff’s Office responded to the scene of the shooting. According to Mlive.com.

Police said they had created a perimeter to keep residents away from a potential shooter, but Shahoudaini Grady El and her husband, Don Grady El, began “blocking” deputies.

Video taken from across the street The scene shows the unnamed officer wrestling Shahoudaini to the ground as the audience screams in the background.

“It’s f-ed up! He was hitting her in the face!” One woman says in the video.

“There is no doubt that the images in the video are disturbing. There is no argument from me,” he said. “It guarantees a thorough investigation.”

The officer who strangled Shahoudaini was placed on paid administrative leave. His name has not been released to ensure a fair internal investigation, Clayton said.

The pair are expected to be arrested on suspicion of obstruction of justice charges, Fox 2 Detroit reports.

Their daughter, Jacqui Diggins, said the police did not want Shahoudaini filming them.

“They told her to back up. She backed off, as you can see in the video. She backed up with these hands, and the officer still rushed to my mom,” Dickins told Fox 2 Detroit.

Shadaini has previously accused the authorities of abuse and filed two lawsuits against the Taylor Police Department, according to Mlive.com. Both cases were dismissed.

The incident in Michigan came a day after a white police officer was caught in a video of a black man kneeling while pleading “I can’t breathe” in Minneapolis. That person, George Floyd, 47, later died. His death sparked violent protests in the city.