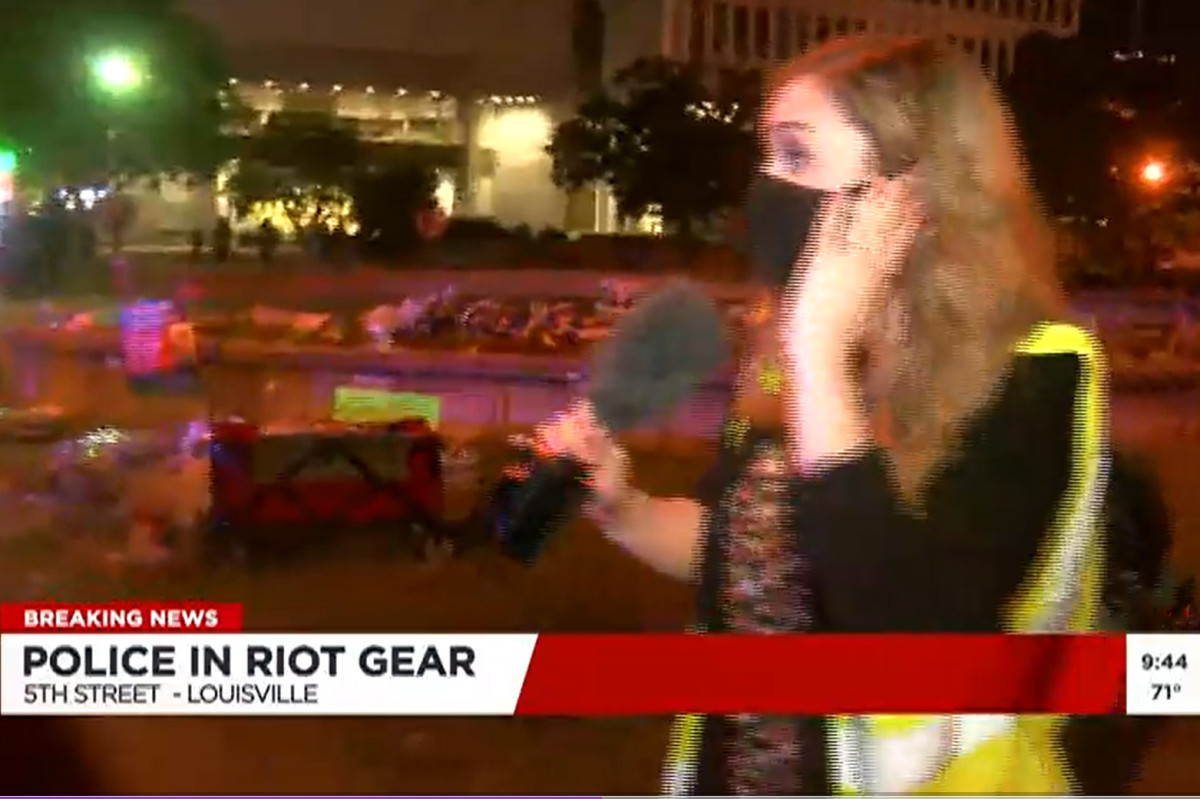 Louisville Police have been reassigned to throwing pepper balls at a television crew that includes George Floyd protests, according to a report.

Louisville Metro Police Assistant Chief LaVita Chaos said an unidentified officer has been placed in restoration as an investigation into Friday’s incident during an air raid on WAVE 3 News. According to the news station.

“Officials are instructed not to shoot pepper balls in the media, but I hope you understand that sometimes when the media gets into a crowd or in an area where protesters are involved,” Chavez told the store.

“Those protesters are doing something illegal or something they shouldn’t be doing. Sometimes when we shoot pepper balls for the crowd, it’s an unintended consequence.”

The store has reported that Pepper-Spray projectile reporter Kaitlyn Rust and cameraman James Dobson were attacked while she was on live television.

The video shows that “I’m getting shot” rust from what I believe were rubber bullets at the time.


Jay Cutler chose a change of scenery in his place …

WAVE 3 general manager Ken Selwaukee said the two men were standing behind the police line following the officer’s orders at the time.

“We strongly condemn the actions of the LMPT officer, who fired at our correspondent and cameraman several times tonight, both of them bravely and legally covering up important messages in their community,” Selvagi said.

“Under no circumstances is there any justification for Louisville police to fire involuntarily, even with pepper balls.”